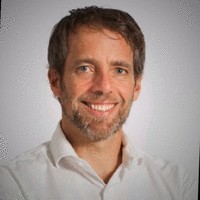 Mobile carriers in emerging and developed markets might operate in very different market conditions but the challenges they face are remarkably similar: stagnating subscriber growth, squeezed profit margins and a commoditization of services, writes Albrecht von der Recke, the founder and COO of fonYou.

It is no secret that operators worldwide have long been sitting on a goldmine of personal and usage data but rarely have been able to fully commercialise it. And yet, it is in the emerging markets that we are seeing this data being used to best effect. In a number of Latin American markets, for example, customer data is already being mined in real-time to offer personalised services that match the subscriber’s situation, context and budget. And artificial intelligence (AI) is making this possible.

Take the example of a prepaid customer that has run out of credit. Such a customer event will trigger a response on the network, leading to real-time analysis of the customer’s usage and payment history. After the automated sales agent or salesbot has finalised a risk-profile, it will push a just-in-time offer, for example, a credit card top up or a financed data package. Not only that, it will do so using the channel that customer traditionally responds best to before processing the payment and provisioning the selected service.

The net result is that AI combined with the right channel engagement and transaction execution is already adding millions to the bottom lines of emerging markets carriers. Jealous, anyone?

Market differences
Globally, average revenue per customer (ARPU) for mobile voice services has declined consistently (by between 13-36%), thanks to intense competition from rival carriers as well as OTT voice services. In emerging markets, with data usage still lagging behind voice, this trend hits them particularly hard as they are less able offset these losses against higher-value data services. Yet in developed markets where data consumption and billing is far higher, they too are facing the commoditisation of connectivity services and squeezed margins, therefore they too are struggling to make the same returns they were used to just a few years back.

Apply the lesson
The model being used by a number of emerging market carriers to exploit customer big data using AI can and should be exported to Europe, North America or parts of Asia as it can be easily adjusted to the needs of each carrier’s customers. However, it means looking beyond legacy systems and embracing a new way of working which puts Cloud-based big data at the centre of customer interactions.

Although in developed markets there are many instances where add-ons or larger packages are suggested to customers, is it widespread and intelligently applied? No.  Is there the opportunity to push one-to-one offers to subscribers according to their history and context, instead of standardised packages?  Absolutely.

Take the example of a postpaid customer with a specific, pre-defined bundle.  Let’s say that their consumption patterns show that there is regular data depletion at the start of the month and that they slow down their usage as the data bundle gets closer to its limit. They would fit the profile of a heavy data user who is being careful not to be stung by overages. They would also fit the profile of a user who would make use of a larger package provided that it wasn’t too expensive. So why wouldn’t this personalised offer be presented to the user and other users like them? And why wouldn’t this be as simple as a couple of clicks?

What about an automated way for carriers to offer a new smartphone deal as devices near their end of life? Inevitably the customer with a dying smartphone is going to be feeling very frustrated in their day to day life as their constant companion is letting them down, probably on a daily basis. Operators know the age of each customer’s device, they know their estimated purchasing power based on consumption or location, they know whether the devices used by the people they are in contact with most are high-end or budget phones. But asking a human to assess all of these variables and provide a timely smartphone offer is just not practical. Getting AI to work this out and establish a contextual, personalised offer is extremely practical.

There are many instances where a user only needs to be recommended with the right offer at the right moment to accept a deal that is fair and fits their context. This brings consistent new revenues to the carrier over time, while also helping improve the customer experience. New revenue creation and ARPU increases can be achieved by intelligent re-packaging of your existing portfolio. It could application-based packages such as Netflix or social media bundles, new smartphone deals, package increases or anything else. It is about understanding the usage and context above all else, so that offers hit the requirements of the user. And it is about doing so in a way that does not require humans to do the heavy-lifting. It is like a local store owner from yesteryear knowing their customers well and seamlessly offering them something that they might appreciate – just on an industrial scale.

It is a pride-swallowing reality that many emerging markets mobile operators have leapfrogged their emerging markets counterpoints in analysing customer data and monetising it. Not only does this this improve the lives of their customers, it adds millions to their bottom line. It is time to look more closely at how they have creatively and technically achieved this feat and bring those lessons back home for the benefit of your customers and your bottom line.