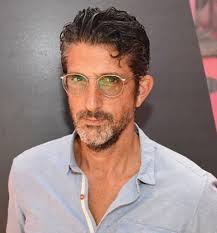 amdocs:next, the business unit of Amdocs that focuses on broadband and home connectivity, has unveiled new consumer hardware for the first time in the form of doxi, a smart home router. This doesn’t mean Amdocs is becoming a consumer hardware manufacturer but that it has focused on turning the domestic router from a misunderstood, complex and easily ignored device into an simple to use hub of the digital home, writes George Malim.

“In the 24 years the broadband industry has been in consumers’ homes, all we’ve done is introduce the router with a row of flashing lights,” said Gil Rosen, the president and general manager of amdocs:next. “We’re entering into an era where there is a double-digit number of devices in the home and that adds complexity.”

amdocs:next’s doxi devices have an interface to enable control by the user

Rosen points out that there were seven million smart speakers in homes in 2016 but there were 124 million in 2019. That’s just the tip of the iceberg, on top of family members’ multiple devices, the home is poised to become increasingly populated by connected devices from washing machines to security sensors and many more. Each time a new device is added there is an impact on the router and much of this feeds back to the communications service provider (CSP) in the form of helpdesk calls.

For example, a problem experienced on a child’s tablet leads to a customer calling in to the call centre to have the issue addressed. However, often it’s not the CSP’s issue. It could be an application, content server, device or operating system issue. Too often, the call centre worker doesn’t have a means to pinpoint the fault and help the customer resolve it.

Equally, a customer might call in to complain of a ‘slow network’ when they’ve been playing low latency games for the last nine hours and their partner has been streaming a high definition box set.

The service-affecting issue is often outside of their control but the CSP gets the reputational damage. To an extent, this is business-as-usual for CSPs. They normally get the blame because they’re typically the only organisation in the value chain that has a readily accessible customer support function.

Yet doxi isn’t really about finding new ways to apportion blame for bad experiences. The main focus is to avoid complaints  arising in the first place by providing a simpler management interface and greater automation than traditional routers.

Even after the last two decades, nobody has made the router an ally. For most, it’s an incomprehensible row of flashing lights that you turn off-an-on again and hope for the best. This in itself exacerbates the issue in a household of 20 devices which then have re-establish their connections at the same time.

However, it’s the lack of understanding that Rosen sees as the key opportunity for doxi. Amdocs conducted consumer research among 4,500 respondents in nine countries to understand how users perceive their routers. It uncovered that 38% of consumers try to hide the routers in their homes while 13% don’t even know where their router is located.

“For us, this is an opportunity to change the game,” he added. “In the past, the router was just a home gateway and, as a home owner, you had no visibility into all your devices and it was hard to secure.”

“It’s not just about the software, it’s about the hardware too” Rosen explained. “We wanted to provide the full stack solution and we started from the point that if we were to redesign the router from scratch we wouldn’t want it to be hidden. We therefore have a series of devices to address fibre/VDSL and 5G/4G.”

The doxi routers will be manufactured by an un-named Italian hardware maker and Rosen is frank that it’s likely many CSPs will adopt the OS on their existing router hardware rather than the device itself. “The device is just an optional platform,” he said. “A lot of customers already have an in-market router so a lot of the value is in the artificial intelligence layer of doxi HomeOS.”

He describes the OS as the brain and friend of the digital home, pointing out that it manages content intelligently enabling scalable connectivity throughout the home according to priorities the user can easily set through the device’s interface.

This provision of visibility into and control of everything happening on the home network has been missing so far and Rosen anticipates that it can transform the perception and value of the router. In addition, doxi offers cybersecurity by definition regardless of what is being done over the network.