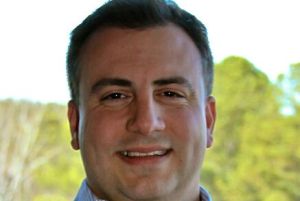 According to industry analyst firm, Ovum, the telecoms industry will lose a combined US$386 billion between 2012 and 2018, as mobile-loving customers flock to over-the-top (OTT) voice applications, from technology giants, such as Facebook and Google, among others.

Silicon Valley believes that the telecoms sector is ripe for disruption with carriers firmly in its cross-hairs.

But, what does telecom disruption mean for Carriers and how can we, as an industry, effectively deal with this latest evolution? This two-part blog series will provide some insight on these questions. First, consider these industry trends:

According to Wainhouse Research, there has been a decline in PSTN audio and telecoms conferencing revenue by 22% year-on-year, combined with an increased uptake of unified communication & collaboration technology, says Frank Paterno, senior director, Global Carriers, PGi.

In 2015, Skype served as the backbone for 50 billion monthly minutes of traffic, which accounts for one-third of the world’s long distance traffic. Earlier in 2016, Wired magazine warned that some mobile plans represent a further erosion of influence of the network operators, and “would push the name of the Carrier into the background.”

In the US, concerns have even surfaced that some new players, with deep pockets, are positioning themselves as fully regulated CLECs (competitive local exchange carriers) and as a direct rival to Carriers. Europe and the rest of the world will inevitably be their next port of call.

As Fortune’s technology reporter, Stacey Higginbotham, noted in February 2016: “the Internet, and particularly the evolution of services that go over the top of Carrier networks, using data connections, have threatened the Carrier’s business models. It’s hard to charge people 20 cents per text, for example, when Facebook Messenger or WhatsApp are ‘free’ with a data plan.”

Few industries today are insulated from disruption. Old-fashioned notions of “business as usual” are being ripped to shreds, opening up a new era of increased agility, transparency and interconnectivity.

Telecom Carriers are no exception, as this is an industry with compelling innovation, driven by a dynamic, competitive and complex landscape. Today, however, global and European Carriers are challenged with declining unit revenues, as well as growing threats from non-traditional competitors, some of who are also close partners. The stakes are high and the answer is not simple. Leading industry analyst firms warn that this evolution represents a make-or-break moment for Carriers. Developing new strategies and acquiring new competencies are not only essential to protect the existing customer base, but to also create new revenue opportunities.

This isn’t reinvention for the sake of reinvention, but rather a natural evolution of the services already being offered, strengthening the carrier’s role as a cornerstone in the Unified Communication and Collaboration (UC&C) strategies and practices of their customers.

This combination of communication and collaboration technologies has already attracted many new vendors, such as the tech giants, as well as the nimble start-up firms. Enterprise IT leaders and collaboration-minded buyers do have choices, as they seek to unite their voice, collaboration, conferencing, chatting, file sharing and calendar requirements. Although the technology and approaches may differ, companies that use collaboration tools report an improvement in business performance of over 72%, and the market is set to grow rapidly.

The final blog in this mini-series, due out soon, will outline how Carriers can position themselves effectively, and ensure that they win the battle against the Silicon Valley giants, and the other disrupters. It will show how Carriers need to be considered as the primary UC&C partner, capable of adding further business value to their existing and prospective enterprise and SMB clients.

The author of this blog is Frank Paterno, senior director, Global Carriers, PGi.