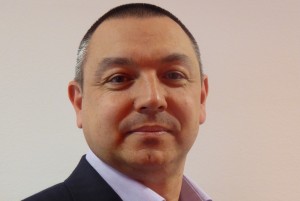 Communications service providers (CSPs) have been successfully launching and generating revenue from messaging services for years. Messaging is still a major source of revenue, but there is increasing competition from cloud based “freemium” messaging solutions and over the top providers (OTTs).

Because of this, both mobile and fixed CSPs have taken a number of steps over the last few years to start to move towards virtualising their networks through the implementation of Network Function Virtualisation (NFV). Essentially, with low-cost elastic scale, service agility and a reduction in CAPEX and OPEX, NFV is transforming CSPs into organisations more reminiscent of the cloud solution providers they increasingly find themselves competing with, says David Spann, VP Technology and Architecture at Xura.

In May, we unveiled the findings of research, conducted in conjunction with Heavy Reading, which indicated that 70% of CSPs plan to virtualise some or all of their messaging platforms in the next four years. There is of course some prioritisation required in terms of bringing new messaging systems online, and the research found that the messaging services being prioritised for migration to an NFV-based virtualised platform in 2016 were SMS (27%), followed by Spam and Fraud messaging control (22%), and then IP Messaging (21%).

These findings show us that CSPs are looking to virtualise the services that are most heavily used – like SMS – on the network first and then align the launch of new offerings that may not yet be provided, like IP-based messaging services such as rich communication services (RCS), with deployments in NFV. Maybe not surprising is that those services like MMS, that have probably taken the biggest hit from OTT applications, seem to be furthest down the priority list, with nearly a third (31%) saying they had no plans to virtualise this service as yet.

Implementing NFV though is obviously not without its issues, and some of the biggest technical challenges were identified as product interworking, orchestration and migration complexity. Orchestration in particular stands out as a ‘problem area’ because, while over half (55%) of respondents said they would like to utilise a single management and orchestration (MANO) orchestrator, they also conceded that this will be difficult to achieve.

The concern here is that CSPs will be forced to deploy a number of vendor-specific VNF orchestrators, which adds both cost and complexity into any virtualisation migration. It will be interesting to see how the 7% of respondents that are planning to use a single MANO orchestrator get on, because they could set the standard for what’s realistically achievable over the next few years.

We’re also seeing some divergence in the industry as to which virtualisation infrastructure CSPs want to use for their NFV environments. Over 40% of respondents indicated they wanted support for OpenStack – using integrated in-house contractors, telecom vendors or integrators – as well as VMware, meaning there’s no clear consensus on the preferred framework.

It should be noted that, after some initial scepticism, OpenStack is gaining real credibility as a carrier grade framework in the marketplace. Given the continued demand for VMWare though and, to a lesser extent, Microsoft Azure (with 10% of respondents wanting support for this), solutions need to be agnostic in their support for different orchestration and virtualisation environments if they are to maximise the commercial opportunities available to providers.

CSPs also considered cultural challenges and business case definition as the top business implementation challenges that an organisation faced. Part of the challenge when it comes to an organisation’s culture and the implementation of NFV boils down to the inevitable power struggle over who has responsibility for the service implementation and delivery. Will it be the network team, the value added services team or the IT department? Who manages the budget, the platform and the team that will have responsibility for running it on a day to day basis?

For all the challenges CSPs face, one thing is clear; NFV is happening and we’ll see a number of services launched this year – particularly in the US, with such a huge hardware footprint running, and with older systems running the networks requiring modernisation.

Understandably, the shift to virtualised messaging platforms will be gradual, as systems are tested, launched, and inevitably tweaked for brand new services, before operators turn their gaze to the bigger platforms that will ultimately deliver the biggest operational and cost benefits in the long run.

The author of this blog is David Spann, VP Technology and Architecture at Xura.