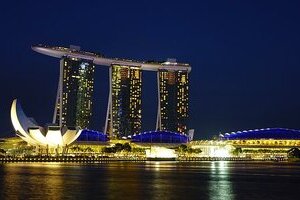 The pandemic has fuelled home and remote working, and the growing importance of edge connectivity to support apps and services around 5G, the Internet of Things (IoT) and artificial intelligence (AI) is clear, as is the role of the telcos to support this extra data traffic.

So why, asks communications journalist Antony Savvas, are so many of them selling off their key assets?

Consolidation is one thing, just ask Liberty Global and Telefonica when it comes to the £31 billion (€36.04 billion) merger of their Virgin Media and O2 units in the UK. But while there will be some overlap in the two units’ communications assets, most of them will remain as key infrastructure under the ownership of the merged company, and will be used to support the growth in demand for services from remote working and at the edge.

That isn’t the case with a number of recent potential and actual sell-offs though. Sticking with Telefonica, investment fund EQT has approached the Spanish giant to offer €1.8 billion for its global submarine cable business.

The preliminary offer for the unit comes after Telefonica finalised the sale of its European towers business to American Tower Corporation for €6.2 billion.

Telefonica is said to have been in discussions to find buyers for its undersea cable assets, and is reportedly targeting a sale this summer. As enterprises increasingly become global/ and social networks used by citizens follow suit, one has to ask why Telefonica is doing this? Particularly considering when new services rivals like Amazon, Google and Microsoft are trying to catch up on global connectivity by building intercontinental subsea networks from scratch at an exorbitant cost.

The unit being offloaded is admittedly only 50%-owned by Telefonica, and maybe there is pressure by other investors to realise some value. A sale is also seen as part of Telefonica’s ongoing plan to reduce its debt which, let’s face it, most telcos have got.

By selling its European and Latin American towers business to American Tower, Telefonica said it would cut its net financial debt by around €4.5 billion and result in a capital gain of around €3.5 billion. That’s not chicken feed, but timing is everything, and American Tower knows it’s got a real asset in the present market that is demanding better connectivity from the cloud to the edge and to the enterprise for business services.

Like Telefonica, Telia is also at it, selling off its Telia Carrier wholesale business to Swedish pension funds for €935 million. That’s a sum I’d like in my bank account, but considering Telia Carrier has made great strides in spreading its network across the key markets of Europe, the US and more recently South America, you’ve got to wonder again whether Telia was desperate to sell or something? And just when the demand for Telia Carrier’s services was expected to grow rapidly as international businesses emerged from lockdown, and both business and domestic users continued their activities on things like Zoom and Teams.

The sale does follow a period of the Telia group disposing of investments outside its home territory of Sweden and neighbouring countries. And a year ago it sold its 47% stake in Turkcell. But does that mean an established strategy can’t be changed in market areas that are predicted to not only become key, but also more profitable? I don’t think so.

It’s the same story in Africa, where Airtel Tanzania has sold 1,400 towers to a joint venture, comprising Paradigm Infrastructure and SBA Communications, generating around US$175 million (€143.93 million). The fact that US$60 million (€49.35 million) from the proceeds will have to be reinvested in network infrastructure in Tanzania as well as a slice going to the country’s government for further investment – illustrates the towers and other supporting infrastructure are key for the country’s development.

But Airtel Tanzania will continue to develop, maintain and operate the equipment on the towers under a separate lease arrangement. When you already own something increasingly important in a market, why would you want to pay someone else to use it?

Strangely, Airtel is also selling tower assets in Chad, Gabon, Madagascar and Malawi. The company is selling off around 4,500 towers in total to lower corporate debts, believed to be around US$3.5 billion (€2.88 billion).

After all the work the telcos have done to widen our connectivity through 3G, 4G and now 5G, and potentially becoming central in the mission-critical global data connectivity economy, they are now effectively dismantling their empires and handing them to private equity.

Net profits in fact slumped 49% on the back of a 5% fall in operating revenues for the year. Covid “headwinds” were partly blamed for the performance, although the firm’s data centre services showed strong growth as enterprises rushed to digitalise and transform their businesses during the period.

“We will be capitalising on this mass digitalisation with plans for a strategic reset to drive recovery and growth,” says Moon.

The company, however, wants to tap into the “latent value” of infrastructure assets; you know, the ones actually supporting the existing growth areas of the business.

Singtel is already in the process of selling off its tower assets in Australia and owns other tower, satellite, subsea cable and data centre assets across the Asia-Pacific region.

Moon added, “Given the disruptions of the past year and the massive pivot online, demand for such assets has surged and made valuations very compelling”, adding that those assets “were the result of years of sustained capital investment and innovations”.

Telcos selling off their family silver risk having to spend a lot more again in the future if the demand for data traffic continues to spiral as predicted, and more infrastructure capacity is required to support it.