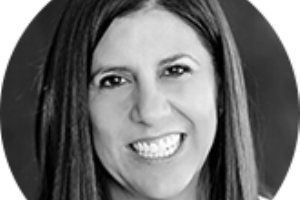 If you could revitalise your business, save money, better serve your customers, be faster to market with new services, have access to endless scalability, the most stringent security, and the best developer skills available, wouldn’t you do it?

Almost every sector has embraced the public cloud to achieve the above, says Danielle Royston, public cloud evangelist at TelcoDR. Yet the telecoms industry has been painfully slow to realise the benefits of the public cloud. As a result, communication service providers are missing out on the digital transformation benefits sweeping through other sectors, and risk being left in the dust of those trailblasing operators who make the move.

Years ago, telcos made a bet on the cloud – but they thought it was about the hardware, not the software. So, over the last 30 years or so they have spent millions of dollars building their own data centres to run their workloads. The CAPEX and OPEX to source and manage the infrastructure and the workforce to keep the whole show on the road, 24/7, has been huge.

Meanwhile, the hyperscalers have also been building out hardware. But the difference has been the software that they’ve invested in. This has seen them accelerate light years ahead of the cloud and data centre capabilities that telcos offer today.

It’s time for telcos to accept the public cloud

It’s 2020. Telcos have lost the battle for the cloud and it’s time to concede. Today’s reality is that CSPs’ capabilities simply can’t compete with the major public cloud providers. Whilst they have spent millions of dollars on their data centres, public cloud providers like Amazon, Microsoft and Google dwarf that spend by $billions. The hyperscalers have created unique cloud services that boast the world’s best innovations.

Telcos need to break down their data centres and move everything – or as much as they possibly can – to the public cloud as they are sharing their innovation with the world and telcos can stand on their shoulders and benefit from their software.

So, what’s stopping them? Telcos have been operating in safe silos for decades. Now, this no longer makes economic sense. Telco executives need to embrace change and be prepared for their organisations to throw up resistance to the move. Excuses will include (and I’ve heard every single one of these): security, data privacy, data sovereignty, latency, and cost. However, these are actually diversions to thwart the real concern: the transformation of the culture, skills needed, and workforce.

Yes, historically, mistakes and missteps in IT were expensive to rectify because hardware was purchased, installed, maintained and had a lifecycle. In this model upgrades are slow and costly, and inconvenient for the end-user. Within the public cloud, most of this goes away. All that heavy lifting is eliminated, outsourced and managed better than telcos ever could.

Telcos that have begun the move to the public cloud – and there are some – are realising the benefits. They have the freedom to quickly innovate and experiment with new ideas. They can move faster than their competitors to anticipate market demands and to further differentiate their service offering. And all with the assurance of their customers’ data being protected by world-class (telco-grade!) security.

Those CSPs already working on going fully public cloud will potentially reduce their IT costs by 55%, according to Gartner. Imagine being that telco that finds that your competitors are saving millions of dollars, have limitless capacity on demand, access to phenomenal resources, rapid time to market for new applications and services and unparalleled security – and realising that you could have been there first.

All today’s headline disruptive companies that enjoyed massive growth such as Airbnb, Deliveroo, Netflix and Uber exist because of the public cloud. Admittedly they have a major advantage, as they are cloud-first organisations, whereas telcos have to completely rethink the deadweight of a huge and complicated legacy background. But just look at the rewards that telcos can expect: the flexibility, the opportunities for innovation, the once-in-a-lifetime chance to remodel an entire market sector. Instead of thinking “we can’t”, think of “how can we?”

It’s not going to be easy, and it will take time, but the move to the public cloud must be an absolute embrace. This is not about transition, it’s about total transformation. It’s a unique chance to thoroughly rethink the traditional telco approach to IT, from man to machine and everything in between. Telcos must carefully consider how to rebuild their business from the ground up to take full advantage of the public cloud. And while each one may develop a primary partnership with a particular hyperscaler, there will be some applications built natively for other public cloud environments that might be best suited for particular telco needs. So ultimately different workloads may move to different public clouds, but the bottom line is – they all move!

This telco evolution needs to be about the complete modernisation of enterprise IT solutions, and outdated manual approaches. This will create massive efficiencies, catalyse innovation and deliver huge cost savings across the business. There are no half measures to be taken, it’s do it all, change the fundamentals of the way software has been approached in the telecoms industry, or die. Telcos who do it first in their market will win. Those who lag will not survive. My advice: get going.

The author is Danielle Royston, public cloud evangelist at TelcoDR.