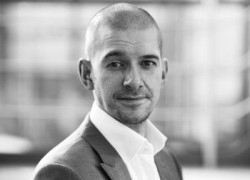 Mobile usage is changing: customers expect round the clock coverage, super-fast 4G internet, and excellent customer service. However, new research has revealed that network service downtime has had an ever bigger reputational damage on telecoms than previously thought.

In a recent survey of 500 telecom executives, three quarters of UK telecom companies report that they have suffered significant reputational damage and reduced customer loyalty thanks to broken or faulty telephony systems. Compounded by poor customer service, high customer churn is costing them on average £188,700 each year – resulting in £1.8 million being lost from the industry each year.

The poll – commissioned by predictive field service management company Oneserve – surveyed UK senior decision makers in telecoms on their existing practices around service maintenance and the impact felt by their customers and bottom lines.

The research found that internal technical faults (44%) was the most common reason as to why mobile network services went down, followed closely by old machinery (37%) and external damage (29%) according to those surveyed.

In response to this downtime, a staggering 82% said employing a predictive maintenance model – where potential faults are flagged and, crucially, dealt with before the entire system fails – would have not only prevented the service downtime but also protected the company’s reputation.

The cost of poor system maintenance goes beyond reputational damage and paying for customer churn. Annually, businesses spend an excess of 19 hours, at a cost of over £200,000 in an attempt to solve service downtime.

Chris Proctor, CEO of Oneserve commented, “It’s clear that too many companies aren’t doing enough to protect their reputation or keep their customers loyal. Predictive service management clearly holds huge benefit to the industry and we encourage them to maintain their pioneering spirit to provide the industry with the leadership it needs.

“The technology needed to ensure an efficient and reliable mobile network service is readily available and must be adopted sooner rather than later. The competition is getting tough, and customers are showing this with their willingness to move to companies offering better customer service and reliability,” Proctor added.