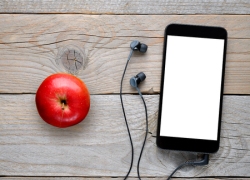 Despite having implemented sophisticated fraud management systems, service providers continue to struggle with significant telecom fraud losses.  International Revenue Share Fraud (IRSF) – the artificial inflation of call traffic by criminals to high-cost international destinations – is the world’s most lucrative telecom fraud. According to a study by the Communications Fraud Control Association (CFCA), carrier losses from IRSF were more than US$6 billion (€4.87 billion) globally in 2017.

In IRSF, fraudsters typically exploit telephone numbers with high termination rates, from which they obtain a revenue share, including international revenue share and premium rate services provided by third parties.

Organised criminal gangs often use stolen credit cards or commit identity theft to gain access to the service. Others steal mobile phones to obtain SIM cards to load onto banks’ robocalling devices that automatically and repeatedly dial international premium rate numbers set up by the fraudsters.

Unfortunately, traditional fraud management solutions are too slow and reactive in effectively neutralising IRSF. Service providers can often take several days from initial identification of unusual call patterns, thresholds and other suspicious data to implementing restrictions on a mobile number, enabling fraudsters to make substantial profits. Making the situation even more challenging, European Union regulations prevent service providers from blocking subscriber calls unless they can be proven to be fraudulent.

In addition to the tangible fraud losses from IRSF, there are other less tangible ones in the use of company resources as well as a rise in customer churn. Many subscribers will call customer service centers to complain about exorbitant bills or if they are blocked from calling countries they legitimately need to call. Many others simply move on to another service provider.

Another type of fraud that is also causing huge problems for service providers – especially those based in the UK – is “Wangiri” which is Japanese for “ring once.” If you’ve ever experienced a missed call from an international number, there’s a possibility it was a Wangiri fraud attempt.

Wangiri involves fraudsters using international premium rate numbers to send out thousands of outbound calls to random mobile numbers. They don’t want to connect – they want the subscriber to see a missed call and call the number back. When they do, they are charged £5 (€5.70) to £20 (€22.79) per minute.

Enterprises should realise that this new era of telecom fraud is not just a problem for service providers. When Amazon started offering phone numbers to speak directly to a seller, for instance, fraudsters immediately began extracting money via callbacks to numbers with international premium rates.

A new way of approaching fraud management is required to meet the challenge of IRSF and Wangiri telecom fraud. Service providers and any organisation making outbound calls need to have a better understanding of who they are calling.

Organisations should look to fraud prevention solutions that incorporate up-to-date global number intelligence as a complement to their traditional fraud management systems, proactively blocking fraudulent calls before they even take place.

These solutions can instantly access huge amounts of data to see whether numbers are allocated or not allocated to real subscribers, essentially placing mobile numbers on a “white list” – verified allocation – or a “black list” for unallocated numbers. The numbering data can be used in real-time to ensure allocated numbers are never allowed to call black-listed numbers in a specific country, or enable exceptions to allow a UK subscriber, for instance, to call a bank’s white-listed number in a country where he or she owns a vacation home.

With fraud prevention solutions based on mobile number integrity, organisations can also choose a more nuanced option by diverting calls to an interactive voice response (IVR) system that requests a user pin number be entered to complete the call. This effectively prevents banks of robo-dialling computers from conducting telecom fraud at an industrial scale and enables innocent subscribers to make calls to suspect regions.

A UK-based telecom firm studying the implementation of global numbering data recently found that nearly all its IRSF losses would be stopped by implementing proactive fraud prevention solutions, some of which have a return-on-investment that can be measured in days, not months.

Organisations should move quickly on stopping this latest wave of telecom fraud as it becomes easier for anyone to do. For instance, there are currently entire websites dedicated to teach people how to conduct Wangiri fraud.

There are also many websites that show how anyone with a computer and mobile phone can set a premium rate number. Also, because domestic tariffs in Europe and Africa have decreased in recent years, telecom fraud has shifted to international numbers that still require relatively expensive rates.

As the fraudsters get more agile and sophisticated in how they abuse and misuse a service provider’s network; the service providers, too, must up their proactive fraud measures. This will help stop the flow of money to fraudsters, reduce customer service issues and protect the overall operational and financial health for service providers.

The author of this blog is Peter Ford, EMEA regional vice president at iconectiv