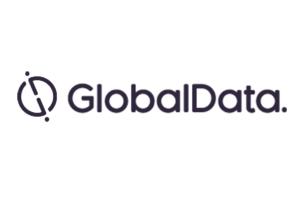 Mobile is an important platform for the growth of OTT video service market owing to poor fixed network infrastructure in many APAC countries. OTT video market is expected to witness further traction with availability of variety of content and higher investment on 4G networks across the region, says GlobalData, a recognised leader in providing business information and analytics.

Expansion of LTE and the introduction of 5G will also give a further boost to the market, as the OTT players will be able to provide enhanced user experience in terms of HD/UHD, linear and AR/VR content going forward.

Unlike developed economies, lower income Asian countries don’t have faster internet speeds, primarily due to underdeveloped broadband infrastructure. This situation poses a major hurdle for such countries in adopting OTT. The challenge, however, could be addressed with the growing number of 4G users in the region. The share of 4G mobile connections was pegged at 26.2% of the region’s total at the end of 2016, which is expected to surge to 53.9% by 2022, offering ample opportunities for OTT players in the years to come.

GlobalData analyst Macolm Rogers said: “OTT players can expect rosy days ahead in APAC region. Apart from expansion of 4G, the availability of low priced smartphones and sizable population of internet users in the region will also support the growth of OTT video market.”

International players like Netflix and Amazon have already entered the APAC region in 2016 to tap the market. The local players such as Viu, Hotstar and Iflix are also exercising possible strategies to expand their user base by combining international content to their local and vernacular content for low priced monthly subscription plans. In order to beat the competition, some OTT providers have started focusing on providing enhanced user experience in terms of HD/UHD, linear and AR/VR content, which is also facilitated by expanding 4G coverage.

Rogers added: “Consumers can expect premium content at competitive prices from OTT players as the competition intensifies. The premium content will be on offer along with the vernacular content.”

In emerging Asian countries, OTT players are trying to come up with innovative solutions, including the option to download content to address the poor broadband connectivity. They are also using suitable video streaming technology to optimise streaming based on the bandwidth availability and reduce buffering in lower internet speed.

The abundance of free content on the Internet and low income levels are the major challenges for the monetisation of OTT video in all the markets. Most OTT players have adopted a hybrid model of AVoD and SVoD/TVoD, where AVoD is aimed at attracting users while SVoD drives monetisation. Some OTT players are even partnering with telcos to offer both benefits, which are believed to help OTT players in addressing billing challenges.