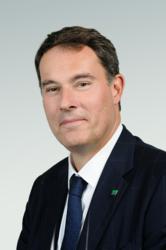 80% per cent of UK adults have major concerns over the safety of artificial intelligence (AI), finds SQS survey.The continuous threat of malicious cyber-attacks and safety issues are severely affecting the adoption rate of innovative technology in the UK. Technological developments such as AI are being snubbed due to concerns over hacking and the safety of AI driven devices. The public’s reluctance to buy into the latest tech products could see the UK left behind by the rest of the world in the race to effectively leverage technological innovations.

Similarly, emerging technologies such as self-driving vehicles are seen by the public as unsafe and unreliable. Only 28% of the public believe autonomous vehicles will be safer than humans and over 65% are concerned self-driving cars would crash. Nearly three out of five (59%) people are convinced self-driving cars could be infiltrated by hackers, which, could result in horrific incidents or potential hostage scenarios.

The concerns over cyber-security and safety do not end there. 56% of UK adults worry their connected home apps could be hacked into. Additionally, 40% think break-ins would increase due to flaws in the security of the connected home, compromising the safety of their property.

While advances in such technology have the capability to digitally transform our lives, less than a quarter (24%) of those surveyed believe home robots are safe with over half (52%) concerned they could also fall victims to cyber-criminals with malicious intentions using these robots against them.

Not only do these findings prove how easily consumer trust in technology can be swayed by threats of cyber-crime and safety implications, but they indicate a clear impact on the adoption rate of such innovative products. Nearly half (48%) of people don’t believe smart homes will be a reality until at least 2037, falling behind the likes of North America and the Asia-Pacific region in the global race to utilise emerging technologies.

“Emerging technologies should be embraced as early as possible if the UK is to gain an economic and technological advantage over countries who are willing to become early adopters.,” said Dok Vos, the chief executive of SQS. “But for this to happen, the consumer trust issues that we have uncovered need to be addressed first. Safety concerns and cyber vulnerabilities should be the top priority for companies developing innovative technology, rather than added as an afterthought or worse, once catastrophe has already struck. It is crucial that companies adopt a quality-first approach to gain the trust of the consumer. If advances such as AI, self-driving cars, home robots and connected houses are going to take off in the UK, stringent software testing and quality assurance must be carried out at every stage of product development to guarantee the safety of this technology.”