Pokemon GO is a game changer on all sorts of levels 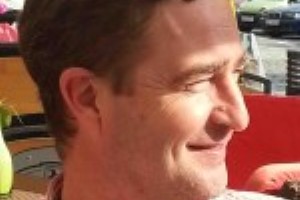 Alex Leslie is the publisher of DisruptiveViews

Everyone is talking about Pokemon GO. It is a phenomenal success. It went straight to the top of the free apps list, it is on more Android phones than Tinder and people use it more than WhatsApp and Instagram.

Some observers examined its flaws from every angle, trying to find downsides. There was an initial excitement that, because you reveal your location in order to play, then the game’s developers will be able to hack into every detail of your life, including photos, video and contact lists.

When the companies involved sprang into action and said they didn’t and never would, the trail ran a bit cold. Our view was that your photos, videos and contact lists have already been shared with anyone who cares enough to want them. Or advertisers.

One analyst said that, while the uptake of Pokemon GO was encouraging, it is not enough. Nintendo still needs to do something with its core console business. Our view is that the particular analyst would not be a fun guy to have dinner with, says Alex Leslie, publisher of DisruptiveViews.

Pokemon GO is a game changer.

For one thing, the game has achieved, overnight, what parents have been trying to achieve for 20 years. To get their kids outside. There are kids who have spent more time outside since its launch than ever before. True, they may be glued to their phone, batting away critters, but they are also on the beach.

It is also the first application out of the blocks that shows us how virtual reality comes into its own. The point is that it is not virtual reality, it is augmented reality, an overlay of – in this case funny little alien things – with the real world.

It is clearly a brilliantly thought through piece of kit. Who would have thought that the very people who, for the last 20 years, have tried – and succeeded – to keep kids indoors, glued to screens, would be the ones to get them out into the fresh air?

It is also a game changer on another level.

What it shows, too, is that we have stereotyped our kids. Until a few days ago we had them down as strange, pale creatures who spent all their time in their room, playing with the Nintendo. It turns out that – strange and pale as they may be – they don’t care where they play cool games. And outside is definitely good. There is also a pendulum effect at work here. Stereotypes are being busted as we speak. We now know, because we asked them, whether it is true that they don’t mind adverts on their screens. It turns out that they mind a lot, and will find things to do and places to go online that are not heaving with adverts.

It turns out speed is not everything. While the payments and ecommerce industries strain ligaments in order to make their offerings as fast as Usain Bolt, the kids don’t care. As Teresa Cottam points out in her article on the future of Contact Centres, quoting her Gen Z consultant, “when we use the self-service screen in McDonald’s it’s not because it’s quicker or easier to use,” he says, “it’s because we don’t have to speak to anyone and don’t need to remove our headphones.”

The dinosaurs that are the banks, the telecoms operators and the customer service industry as a whole needs to look at the next generation of customers in a completely new light. They are not the stereotypes you think they are, they do not want to live their lives in the dark and they are not going to put up with your out of date crap.

The only downside we can see with this is suddenly finding yourself being bumped into by 200 kids glued to their phones – on the beach or bridge or high street.

The author of this blog is Alex Leslie, publisher of DisruptiveViews and sister publication BillingViews.