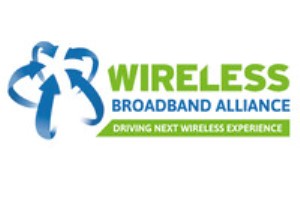 London, UK, 1 September 2022: The Wireless Broadband Alliance (WBA) has announced the re-election of its chair and co-chair to the board of directors.

JR Wilson, vice president of tower strategy and roaming at AT&T, will continue as chairman of the WBA. Mr. Wilson has served as board chairman since 2012, during which time the WBA has made great strides toward creating a secure and interoperable Wi-Fi ecosystem. Mr. Wilson is responsible for evolving AT&T’s overall tower strategy which includes creating a diverse community of suppliers and tower companies who will help increase market competition, as well as overseeing AT&T’s domestic and international roaming relationships

Dr. Derek Peterson, chief technology officer at Boingo Wireless, also retains his position as co-chairman of the WBA. Dr. Peterson has been an active and influential member of the WBA for 10 years, spearheading the adoption of global wireless standards and advocating for technology convergence to make wireless connectivity ubiquitous. Under his leadership, Boingo continues to pioneer the adoption and deployment of the latest wireless network technologies including 5G, private networks, Passpoint, and network virtualisation.

In May 2022, the WBA reported that OpenRoaming had surpassed one million global hotspots following the launch of OpenRoaming Release 3. The company also signed its 150th member in December 2021 as Telfonica joined alongside a host of new operator and enterprise members.

Following his re-election as chairman, Mr. Wilson comments, “The WBA has maintained its commitment to making Wi-Fi a truly interoperable and customer-focused technology. That means growing a diverse network of members and partners from all corners of the technology landscape to work together for the benefit of the industry as a whole. In just the past few years we’ve seen OpenRoaming begin to increase coverage and capacity for an uninterrupted user experience while opening the door to countless new business opportunities.”

Dr. Derek Peterson says of his re-election as co-chairman, “WBA’s vision for connecting the physical and digital worlds through the best wireless technologies available has driven standards adoption across the wireless landscape. Most central to what the WBA does is making wireless accessible to all, simple to access and ready to fuel future innovations. Mobile network operators, carriers, OEMs, device manufacturers, government entities, cable operators – we’re all in this together. The new wireless frontier is at our fingertips and together we are at the cornerstone of influencing tomorrow’s converged network.”

Tiago Rodrigues, CEO of the Wireless Broadband Alliance, says, “I couldn’t be more pleased to congratulate Derek and JR on their re-election to the WBA board. In the space of one and a half years, WBA OpenRoaming has managed to surpass one million hotspots worldwide. That’s an incredible achievement, and highlights just how quickly the market has identified the benefits to operators, vendors and, of course, end users. If anything, the arrival of 5G has underscored the need for seamless roaming between Wi-Fi and cellular, and our alliance is driving that solution.”