Telcos must get public on side when building smart cities 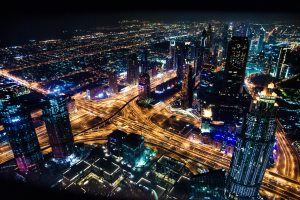 As communication service providers (CSPs) spend billions on rolling out networks to create “smart cities”, business technology journalist Antony Savvas asks whether they should spend a bit more on explaining to the public what they are doing, and for whom?

Such a wireless solution can be used efficiently to support gas, electricity and water metering; building alarms and other sensors; car parking and general traffic monitoring; crime prevention; air quality and other environmental monitoring; smart refuse bin collections; the management of liquid and pressurised fuels; asset tracking and many other applications that contribute to a truly smart city.

The possibilities aren’t just illustrated by Vodafone’s work but projects from the likes of Telent, which has announced that its newly deployed Intelligent Transport System will provide a scalable and future-proof solution for councils and road authorities across the UK.

Its Optima Hub remotely monitors and integrates data from roadside controllers and sensors. The solution enables that information to be accessible via a centralised, browser-based system allowing for speedier decision-making and assessment.

Already live across 16 local authorities with a further four currently trialling the system, a total of 1,340 sites are currently being monitored by the Optima Hub, supporting service modules across traffic control, CCTV, air quality, vehicle count data and bus priority, among others.

But as Anne Sheehan, business director for Vodafone UK, says of her company’s efforts: “NB-IoT is a part of our network that is often overlooked, but it is becoming increasingly important, bringing data from a growing variety of devices.”

That lack of awareness despite the network seemingly becoming key for a growing number of organisations is a shame, but it is borne out of just-published research.

Video management solution provider, Milestone Systems questioned 2,000 UK adults and found that 55% didn’t know what a “smart city” was, even though they’ve been covered extensively in the mainstream press and across the internet for at least 15 years.

Now that smart cities are coming to fruition in a growing number of countries, with North America and China arguably leading the way, it’s a shame that the good work telcos and other CSPs are doing to make them happen is perhaps being ignored.

Even more of a shame considering “global smart city spend reaching $124 billion (€105 billion) in 2020,” says Milestone, and at least 18 cities across the UK, for instance, having already extensively rolled out smart technology.

On the positive side though, according to the research, around a quarter (24%) said they were “very excited” about future smart city developments, and a third (32%) said they’ll be “a good thing”.

As often is the case when new communications technology is rolled out, and word gets out that data will be extensively collected to make it work, privacy concerns can be a major issue for some. But only 13% in the Milestone research were “actively against” further implementation of smart city technology although privacy wasn’t an issue directly addressed in the research.

Malou Toft, EMEA VP at Milestone Systems, says, “The UK has been one of the earliest adopters of smart city technology and is recognised as a global pioneer, with London, Manchester and Newcastle all ranked within the top 25 smart cities in the world in 2020.

“Yet the majority of the public are seemingly unaware of this progress. Buy-in from the general public is essential to the successful evolution of urban areas.

“Communicating the benefits of smart technology over the coming years will help to ensure there is no backlash to further digital transformation,” Toft adds.

Network roll-outs and initial new service deployments are always expensive in the communications industry, but maybe a little more should be spent on the marketing and PR side of things?

Their idea is that decentralised, encrypted identity control is embedded on microcontrollers with security functions provided by fellow Japanese firm Renesas.

The offering does away with hackable fixed passwords in IoT devices and vulnerable encryption certificates stored by service providers.

A driving force for their effort is the increasing need for contactless transactions as a result of the pandemic, they say.

The players in this effort say they have the platform that meets these requirements, for a smooth transition from face-to-face to non-face-to-face transaction management.

They are building a prototype to support organisations and users in banking, financial services and insurance (BFSI), healthcare, government, and for access management at offices, hotels, factories and logistics warehouses.

The system can be adapted to streamline the validation and entrance to live music and sports events and theme parks.

“With the current internet system, it is difficult to automatically verify the data provided by users without a trusted third party,” say the partners. “In reality, the manual verification process of data is still necessary for businesses.”

The firms add: “By introducing decentralised identity management we can support autonomously verified user data. This will enable the safe and quick delivery of services to users’ needs.” Let’s hope so.