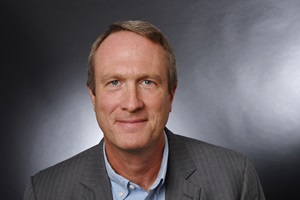 It has been widely reported that the UK Government is likely to miss its target of gigabit-capable broadband for 85% of the UK by 2025. One of the key barriers is the failure to address coverage ‘not-spots’ in hard-to-reach rural areas which are commercially unviable for large infrastructure providers, says Richard Weiss, European regional manager, IQGeo.

The National Infrastructure Commission proposed an ‘outside-in’ strategy of prioritising the areas of greatest need for government funding. Yet the target of reaching the maximum number of people rather than places means that big infrastructure operators will prioritise major population centres over smaller communities, exacerbating the economic and social gap between rural and urban regions.

The key problem is the lack of diversity among broadband providers. For high-speed broadband to effectively reach rural locations in line with government targets, it is no longer possible to depend entirely on major telecoms operators. Many areas are unviable for major infrastructure investment to connect them to the networks of existing operators. Instead, we need a diverse ecosystem of “altnet” providers, Wireless Internet Service Providers (WISPs), and organisations in transport and government domains, as well as commercial operators willing to lease out and share bandwidth.

We need to reconceive 5G as a ‘system of systems’ comprising a complimentary mix of new and existing networks from large and small providers across both the public and private sector. This will require not only private organisations to open up their unused ‘dark fibre’ to other users but major infrastructure owners such as BT to open up their infrastructure data to smaller providers.

There is now an opportunity for this to happen. BT Openreach was recently legally required to create a new API opening its Physical Infrastructure Access (PIA) data up to other companies to facilitate more agile, efficient, and joined-up broadband infrastructure planning. There are also plans to open up BT’s physical infrastructure for use by third parties, allowing new network builders to pull fibres to new 5G base stations through BT ducts. Ofcom is also exploring moves to get BT to open up its dark fibre.

Yet the opening up of broadband infrastructure and decentralisation of the market will also require more open and decentralised broadband data. New market entrants need the ability to seamlessly incorporate external data such as BT’s PIA database into their own workflows so that they can plan new deployments to compliment or ‘piggy-back’ on existing infrastructure. New providers also need to incorporate data on the location of unused cabling so they can plan where it may be more cost-effective to pay for dark fibre access than to build new networks.

Yet this effort is impeded by data silos. Currently, workflows such as maintenance and construction are often fragmented, with this being reinforced by data silos between information such as records of defects or as-builts. The process includes downloading and combining BT asset data with their own network data, updating BT with defects identified by field inspection, preparing survey and construction, and then submitting as-built information to their engineers and evidence to BT.

Silos between workflows and datasets render it prohibitively complex and expensive for new altnet providers to find ways of reaching under-served areas. Data silos also prevent smaller operators from incorporating external data on everything from nearby buildings to weather conditions to help strategically site new deployments away from natural and manmade hazards.

It is imperative that organisations break down internal and sector-wide silos by encouraging efficient, joined-up data sharing. We have seen pioneering organisations digitalising and decentralising their network data to integrate BT’s PIA information into their survey, construction, and maintenance processes. This creates a single source of truth accessible to all. Mobile-first geospatial systems with open APIs now enable telcos to integrate real-time network data from anywhere in the field and marry this with external data on everything from nearby ducts and poles to under-served communities.

This allows organisations to see how to harness other infrastructure from available capacity to dark fibre infrastructure to reach the widest possible market at the lowest cost. Altnet providers could even merge internal network data with external data on nearby buildings or vegetation cover to position 5G antennae to be free of interference from street furniture or vegetation. The key to an open, diverse telecoms market capable of collaboratively delivering 5G to all areas is to democratise telecoms data with geospatial context so it can be shared across departments and even companies.