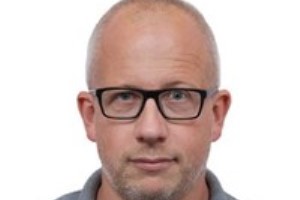 RtBrick, has announced the availability of its Broadband Network Gateway (BNG) software. RtBrick’s BNG is the first use-case for its FullStack routing software, which runs on merchant-silicon hardware, transforming it into carrier IP/MPLS infrastructure. RtBrick FullStack brings web-scale, greater agility and a substantially lower cost-base to carrier networks.

“We realised the huge ‘cloud-native’ IT companies can run their operations at lower cost  and with more agility than telecoms operators have ever been able to,” said Hannes Gredler, founder and chief technology officer at RtBrick, “so we took a similar approach to building IP networks. We wanted to transform networks from carrier-grade to web-scale, taking advantage of the latest merchant-silicon and with an emphasis on automation.”

RtBrick’s BNG has already been selected for trials with major telecoms operators. The initial release includes support for key subscriber features such as queuing, accounting and lawful-intercept, along with major routing protocols, such as BGP, OSPF and IS-IS. The software is delivered as a container, running on Linux, which only includes the microservices required for each use-case. It also comes with a ‘single-pane-of-glass’ Web2.0 Management System, including a zero-touch-provisioning system.

“This disaggregated approach, separating software from hardware, will enable us to transform our network edge, and operate more like a ‘cloud-native’ business,” said Hans-Jorg Kolbe, chief technical leader for Deutsche Telekom’s Access 4.0 project, which aims to connect millions of broadband lines across Germany. “Adopting a cloud-like network architecture makes it simpler to automate our operations and allows us to benefit from lower-cost open hardware platforms.”

RtBrick Full Stack has been validated on several bare-metal switch platforms from manufacturers such as Edgecore Networks and Delta, and can also run on x86 servers.