Economics must change African telecoms in 2020 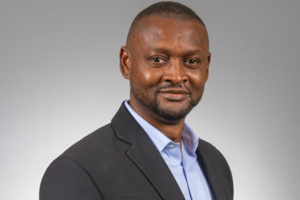 Christoph Fitih, director of Sales, Africa at Parallel Wireless, expects that open minds and fair trade will play a leading role in revolutionising the African telecoms market into the next decade.

As the new decade dawns, the telecommunications industry (specifically mobile), has finally woken up to the fact that its economics need to change, especially with the advent and expected widespread uptake of 5G. Much of this realisation has been driven by a need to move away from the consolidation of the RAN industry that has seen Huawei, Ericsson and Nokia dominate the space and in the process, creating a closed, almost anti-competitive market. The development of OpenRAN, which in 2019, really gathered momentum, has really changed the playing field.

OpenRAN by its very nature, has also facilitated a more open and collaborative approach among a host of service providers who have collectively, developed more innovative solutions to the rapidly developing communications space’s needs. This ability to be creative and offer alternatives to operators, has also created the ability for operators to expand their networks and include more users for their services.

An open market and mindset have also driven efficiencies. The traditional proprietary and closed nature of RAN technology has made it costly and difficult to upgrade technology once it is deployed. The option to choose and use multiple vendors, changes this now that a wide range of product, price and services are on offer. The competitive nature of an open market will also mean that innovation will be a constant – not a bad thing if you consider just how fast the sector is evolving.

Here in Africa, OpenRAN is set to play a vital role in the connectivity race. Much of the continent is still unconnected and those that are, are largely dependent on legacy infrastructure, with 2G and 3G abounding, and 4G still in its infancy. That has not stopped the sprint to bring 5G to Africa though, with Uganda recently being the first country in Western and Central Africa to deploy 5G Internet.

However, although there are capabilities to deploy 5G, Africa-based operators will require the ability to run 5G alongside their existing 2G, 3G and 4G networks. At present, that can only be solved with either erecting new infrastructure or, deploying OpenRAN, which can run alongside existing infrastructure. It’s a no brainer really…

On that note, here’s what I see as the key components that will happen in the African telecoms market in 2020 to set up for the next decade:

2020 will also see the roll-out and uptake of other smart technologies such as XR/VR SIM driven glasses, advancements in the research of Autonomous Vehicles, smart homes and cities (a focus will be on bettering privacy and security).

All in all, the advent of this new decade is an exciting time for the global telecoms sector, but especially for Africa and Africans who can look forward to being actively involved in a vibrant and sustainable digital economy, facilitated by the dawn of open thinking and open markets that deliver on what’s best for the whole.

The author is Christoph Fitih, director of Sales, Africa at Parallel Wireless