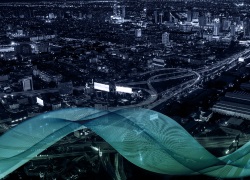 Openwave Mobility’s research is based on analysis of data aggregated from our live deployments in more than 30 mobile operators around the globe from 2013 to 2017. The findings are available from Openwave Mobility’s Mobile Video Index report which looked at the impact of mobile video, Quality of Experience (QoE), and OTT encryption.

The report has found that three quarters (75%) of all mobile traffic is now encrypted which is stifling the mobile operator’s ability to maintain subscriber QoE. This is because encryption protocols prevent operators from being able to profile or optimise data using conventional traffic management tools.

The research revealed that UDP-based encryption has also grown faster than predicted. In particular, the onslaught of Google’s QUIC protocol threatens to outpace anything the industry has seen so far. In just two years since its debut, QUIC has grown at an astonishing compound annual growth rate (CAGR) of 284%. Based on its own observations, Openwave Mobility predicts that by November 2018, approximately 90% of all mobile internet traffic will be encrypted.

John Giere, CEO of Openwave Mobility says: “OTTs have launched a land grab. In three years OTTs wiped out voice revenues. In two and a half years they wiped out messaging revenues. Is mobile data next? You bet. Along with encryption obscuring mobile networks, operators have to grapple with the unstoppable appetite for HD video content from OTT players.”

John Giere continued: “As users get accustomed to HD quality at home, they expect the same QoE (quality of experience) on mobile. Whether binge watching Stranger Things 2 or ogling over cute pets, subscribers find mobile video more important than voice calls. That’s why QoE is a deal-breaker. For example, research shows that people only tolerate six seconds of video buffering before switching off in frustration. Facing an onslaught from OTT encrypted traffic, the challenge for operators is – how can you manage what you can’t see?” 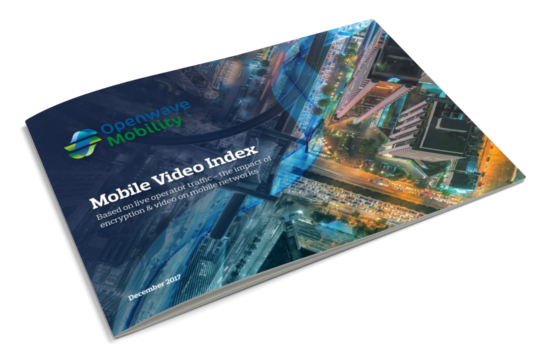 The Mobile Video Index report includes additional analysis from ABI Research. Summarising, Dimitris Mavrakis, Research Director at ABI, said: “If AR/VR, 360⁰ video, tactile internet applications and new use cases achieve commercial success and come to the mass market in the next few years – all estimates will yet again be blown out of the water.”