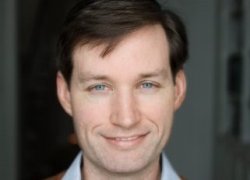 Automation has long been the goal of every operator and seen as a required capability to support network evolution and technology advancement. Many of the service innovations that are being promoted (white-box, NFV (Network Function Virtualisation), cloud, edge-computing, etc.) require automation ‘as standard’ as part of the offering to realise the justification for investment.

However, the industry has struggled to remove the operational costs from Network Operations due to the limited capabilities of SNMP (Simple Network Management Protocol) & CLI (Command Line Interface) which, in turn has inhibited innovation and automation. Today’s reality is, that we still maintain largely physical networks with legacy interfaces.

There needs to be a revolution in the way operators work, with the focus on flexible, scalable interfaces supported by a ‘models based approach’ to make automation a reality, says Chris Wade, co-founder & CTO at Itential.

Many Network Operations teams have a list of automation needs, yet struggle with prioritising where and how to automate. Given the limited benefits of CLI & scripting, new technologies such as YANG and TOSCA provide modeling capabilities to capture this complexity, allowing for advanced logic and simplified programmability.

Operators should prioritise automation problem domains that can be expressed as models. Models can replace exponential complexity that exists in templates and scripts today that are stalling network automation.

The benefits from such use-cases will provide not only support to the current physical network, but will provide a platform from which to integrate with virtual network capabilities.

Most Network Operators are deploying initial virtualisation use-cases as well as evaluating more extensive virtual capabilities. Virtualisation is a concept and capability which should be expected to make its way into products that will place the burden of managing ever more complex networks and services on Network Operations teams. 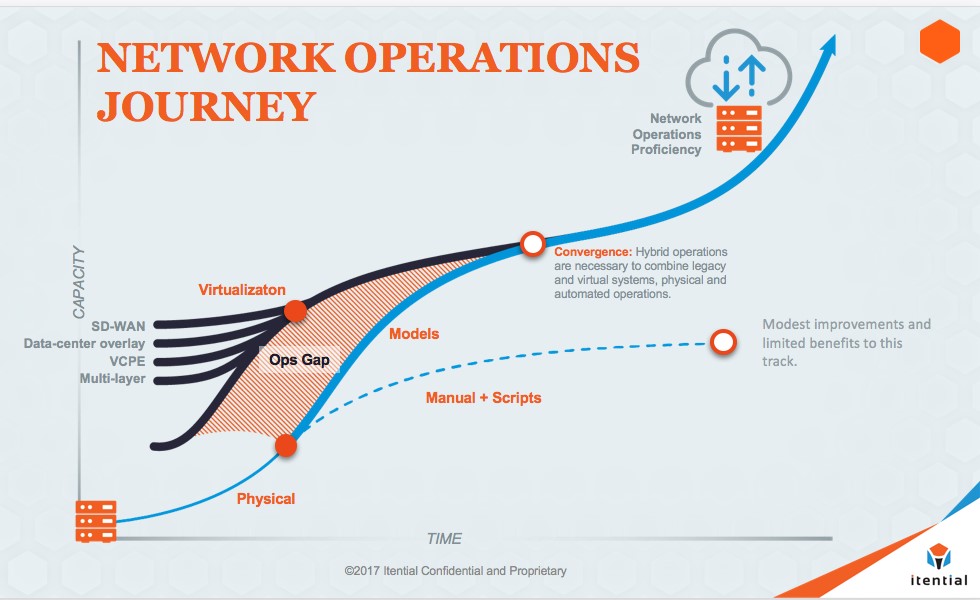 But the initial journey into virtualisation has been a bumpy one. Since most virtualisation technologies are fairly new, most provide advanced API & YANG capabilities, but also add complexity that traditional physical networks don’t. Given automation is a necessity for virtualisation, many of the same network management processes can be extended across each technology domain.

A fork in the road – Converged operations

The diverging management practices between physical and virtual networking domains are creating an ‘Operations Gap’. The benefits touted by adopting new virtualisation and cloud concepts are many, but this tooling does not extend to existing networks.

This Operations Gap will grow as Operations team are retrained for new services while continuing to support existing infrastructure, placing a heavier burden on the ops staff. It is critical that similar automation strategies are applied to the physical network to drive towards Converged Operations.

Although similar concerns have existed with previous network technologies, virtualisation complexity will be exacerbated by the lack of network management and interface innovation. New services will consist of a component architecture made up of containers, VMs, and commoditised infrastructure.

The complexity that existed within a single network element will now be distributed among a variety of platforms. MANO (Management and Orchestration) promises to capture much of this complexity but is both in its infancy as well as significantly changing the way networks are built and managed.

MANO will drive new automation requirements that must be extended to support all varieties of virtual technologies being deployed across Enterprise and Service Provider networks.

Convergence of operations focused on a unified automation platform, built on model-based approach is key to the adoption of new networking technologies. Existing business practices will not allow Operations teams to treat these technologies in a silo given their potential impact on customers and services.

As networks become more complex, the need to simplify & automate is the only path operators can take to scale their business, increase service velocity, and drive cost from Operations.

The author of this blog is Chris Wade, co-founder & CTO at Itential