Bharti Airtel, one of India’s integrated telcos, has selected IBM and Red Hat to build its new telco network cloud, designed to make it more efficient, flexible and future-ready to support core operations and enable new digital services. Under the agreement, Airtel will build its next generation core network, analytical tools and new consumer and enterprise services on top of this cloud platform based on open standards. END_OF_DOCUMENT_TOKEN_TO_BE_REPLACED

IBM, at its Think Digital conference announced new services and solutions backed by a broad ecosystem of partners to help enterprises and telecommunications companies speed their transition to edge computing in the 5G era. This effort combines IBM’s experience and expertise in multicloud environments with Red Hat‘s open source technology, which became part of IBM last year in one of the biggest tech acquisitions of all time. END_OF_DOCUMENT_TOKEN_TO_BE_REPLACED

Nokia launched WING, its Worldwide IoT Network Grid, in 2017 to provide organisations with a single global supplier of connectivity, edge and other resources with the aim of accelerating and simplifying global deployments for communications service providers (CSPs) and their enterprise customers. George Malim recently spoke to Ankur Bhan, the head of the Nokia WING business, to catch up on the unit’s progress.

END_OF_DOCUMENT_TOKEN_TO_BE_REPLACED

As enterprise customers focus on multi-cloud and edge environments as the next step of their digital transformations, George Malim reports from Huawei’s Eco-Connect Europe 2019 event in Paris, France, where Orange Business Services executives detailed how the business consumption of network and IT is changing.

“We’ve moved in a very determined way to softwarisation and our vision is to become the vendor of the Internet of Enterprises,” said Anne-Marie Thiollet, the vice president of connectivity business unit at Orange Business Services. “We strongly believe that the Internet of Enterprises will generate a large amount of data that enterprises will need to collect, transport, store and analyse. Our objective is to empower our business-to-business customers to exploit more of the value of data for their enterprise needs.”

Her colleague Cedric Parent, the company’s deputy chief executive and chief marketing officer for cloud, added that the company has been working to position itself to address customers needs in cloud and edge.

“Innovation is not only about software and services, equipment and technology,” he explained. “It’s about the skills and capabilities, you have to co-innovate and collaborate with your customers.”

Parent pointed out that Orange Business Service now employs more than 700 developers, 2,200 cloud experts and 2,400 experts in cyber defence – that’s out of a total employee base of about 25,000 workers. “We also have about 2,500 people in artificial intelligence (AI) and analytics,” he said. “This is more than 4,000 people who have joined the Orange Business Services family in the last 12 months. The skills are important but when it comes to cloud so is the experience.”

Parent sees three major trends that are now well-established across the enterprise communications and IT market. “The customers and companies are moving to cloud and there is a paradigm shift,” he said. “In the past, cloud services were about shadow IT but also related to cost optimisation. Today, cloud is an essence, a fundamental component of the business, it’s not about cost or shadow IT, it’s about critical applications.”

The second trend is the move away from having a single cloud provider to support an enterprise. “This is now a multi-cloud environment, 80% of companies use multiple cloud services,” he said. “Today 90% of enterprises with more than 2,000 employees are multi-cloud [users] and most of the time it’s five, six or seven cloud providers that they’re using. And, with edge arriving, this by design will increase. Their key aim is to avoid vendor lock-in – customers don’t want to be constrained.”

This growing demand for freedom is more pronounced as more services move to the cloud. “Probably the most important [trend] is it’s not only new services that are moving to cloud,” added Parent. “Today, massively, customers are moving business critical apps to cloud. In the past, cloud was only about flexibility and agility now it’s about quality of service, being able to do things at scale and having reliable and secure [communications and IT] infrastructure. 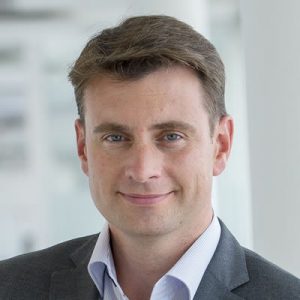 Thiollet also sees the shift to multi-cloud and the increased reliance on multi-cloud environments for critical apps. “There’s a big shift to multi-cloud and managing critical apps in the cloud is having a great impact on the networks,” she said. “At the same time, the network is more software driven and we see a big shift in traffic patterns. First, there is exponential growth of internet traffic, also linked to cloud growth is the growth of internet and MPLS usage. There is huge demand for increased bandwidth. Next, better monitoring of critical apps is required and more and more improvement to the end user experience. There’s a move to on-demand bandwidth and services and to answer this need we’ve put our Next Generation Hubs in a variety of worldwide locations close to all the major cloud service providers. We’ve reduced latency and optimised network coverage. We enable direct connectivity with more than 40 cloud providers worldwide and ensure cloud performance for end users.”

For Parent, this infrastructure provides the foundation upon which to build attractive propositions for customers and simplify management of the increasingly complex web of suppliers, partners and collaborators. “We’ve had the chance, with partnerships we have signed with Huawei and others, to launch what we called the Cloud Alliance,” he said. “This offers customers one contract, one portal and one catalogue of services. It’s important to have global capacity but also to offer local care.”

It’s time for telcos to try for another trillion

The telecoms market is worth about US$1tn but revenues are under pressure and networks are even more thirsty for cash as 5G begins deployment. What communications service providers (CSPs) need is a vision for a future world in which their efforts and investment are rewarded by revenues from a market of similar value. Intriguingly, writes George Malim, such a market already exists and the companies in it are already CSPs’ customers.

END_OF_DOCUMENT_TOKEN_TO_BE_REPLACED

How can CSPs exploit telco cloud?

It’s a challenging time for telcos, as the expectations of their subscribers rocket, and they attempt to mitigate a huge transition under the auspices of new networking and communications standards, writes Nathan Rader the director of NFV strategy at Canonical, the company behind Ubuntu.

END_OF_DOCUMENT_TOKEN_TO_BE_REPLACED

5G and the edge – it’s not just the future

We’re moving to a 5G world. It’ll be one where data is vital to our daily lives. Data now needs to be instantaneous. Any delay, even for an nth of a second, could be catastrophic in an always-on world. That nth could be a tenth of a second, nothing more. But no matter how fast your fibre connection, if information has to travel across continents to get to you, there’s going to be latency, writes Jack Pouchet, the vice president of business development at Vertiv.

Imagine sitting in an autonomous car at 70mph with vehicles whizzing all around you. That nth of a second could be the difference between a collision and a smooth journey home.

Smart cities, the Internet of Things (IoT), connected cars, online gaming and machine-to-machine (M2M) communications are all driving the demand for instant connections. This, in turn, is driving the trend to edge computing.

On-the-edge computing, as the industry calls it, removes that latency and provides the instant connectivity the modern world and mission critical applications demand.

History to lead the future
As a result, the edge will both benefit from, and drive the development of, more reliable and faster internet connections. It makes for a shared future between the edge and 5G. However, it’s not just the future that connects them – these technologies could in fact benefit from key learnings in each other’s past evolution. The implementation of 4G LTE (long-term evolution) is a great example. Whereas 3G could connect society more easily, 4G truly brought high-speed data connectivity to the masses. It expanded quickly and became integral to society’s day-to-day life.

This illustrates that businesses and society will eagerly adopt any new developments in 5G as well. Given its correlation with the edge, it could imply that the edge needs to be 5G ready. But how can you be ready for something that’s undefined at the moment? This is not impossible, as it primarily means the edge needs to be communication ready, and this is already feasible. Vertiv can, for example, offer fully integrated and scalable systems with high-quality communications capabilities.

Another key learning from the 3G/4G/5G evolution is its inherent influence on infrastructure development. Whereas 3G allowed for places of leisure, such as McDonald’s and airports, to become connectivity hubs, 4G enabled the further implementation of technology globally, both in cities and rural areas. With the boost in implementation and usage also came an increased need for more robust, secure edge resources.

Similarly, the edge will see a change in infrastructure needs with the progress of 5G. We don’t yet know what 5G cellular architectures will look like. However, we know they will enable more consumer applications, as well as potential other applications we haven’t imagined yet. This means that telco, cloud and colocation architectures will evolve to meet 5G and edge needs. It is expected that cloud and colocation companies will continue to expand their footprint to provide services closer to users. This, combined with the continued deployment of edge-ready local infrastructure, matched to archetypes and use cases, will create an edge ecosystem that extends far beyond traditional small-space edge deployments.

It seems like the direction of future developments is not as mysterious as one might think. So how ready is the industry for 5G and edge computing to really take hold? In an effort to understand and foresee future demand, Vertiv analysed a variety of emerging use cases, resulting in the ‘Edge Archetypes’ report. The report identified four primary edge archetypes:

This represents use cases where the amount of data makes it impractical to transfer over the network directly to the cloud, or from the cloud to the point-of-use, because of data volume, cost or bandwidth issues. This includes the technologies needed for smart cities.

This includes use cases where services are optimised for human consumption, for example smart retail and augmented reality. Speed is of the essence for these use cases, hence the need to use the edge.

This segment covers use cases where services are optimised for machine-to-machine consumption. Machines can process data much faster than humans and therefore require a higher speed. Examples include developments for Smart Grid and Defence force simulation.

The final archetype speaks to the imagination: it covers use cases that directly impact human health and safety – thus requiring speed and reliability. Technologies such as drones, digital health and smart transportation fall into this segment.

Developments in 5G cellular networks will both enable and drive the evolution of these archetypes, and the edge in general, to allow for the implementation of edge-dependent applications.

It might seem like these developments are still out of reach and need to be government-driven due to its vastness. However, the commercial sector is more likely to truly drive this evolution with the development of consumer-oriented services and apps – increasing the demand of the edge’s capabilities.

With the available knowledge at hand and the opportunity for the commercial sector to drive demand, the realisation of edge computing and 5G cellular networks might just be closer than you think.

Are you taking the necessary steps to prepare yourself and your network today?

It’s no surprise that a robust, resilient, and reliable network is one of the most important drivers for business success. Organisations are having to continuously improve their network infrastructure to offer the great experiences their customers expect. Recent changes in the network market mean this continuous improvement needs to go beyond optimisations and extend all the way to re-architecting the network, writes Larry Zulch, the executive vice president and general manager of Savvius, a LiveAction company.