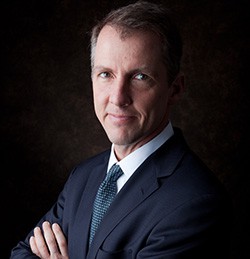 Canada-based Redknee Solutions Inc. (RKN.TO) has entered into an agreement with a subsidiary of Constellation Software Inc. (CSU.TO) providing for an investment of US$80 million in Redknee.

The investment is needed to cover Redknee’s debts of $53 million and provides working capital during a period of restructuring. Jeremy Cowan reports.

Constellation Software Inc. is an international provider of software and services to a select number of industries, both in the public and private sectors. Constellation’s mission is to acquire, manage and build market-leading software businesses that develop specialised, mission-critical software solutions to address the specific needs of particular industries.

The Constellation Agreement reflects the outcome of the process announced by Redknee on August 22, 2016, to consider various strategic and financing alternatives potentially available to the company to enhance shareholder value. A Special Committee of independent members of the company’s Board of Directors undertook an extensive review of alternatives with potential strategic and financial partners. Following negotiations with Constellation Software Inc. (“

Following negotiations with Constellation Software Inc., and consultation with Redknee’s management and financial and legal advisers, the Special Committee recommended that Redknee’s Board of Directors approve the Constellation Agreement as the most attractive alternative identified during its process. Redknee describes the deal as “providing financial flexibility, the opportunity for the company’s shareholders to participate in the company’s future, and a strong strategic partner.”

Following consideration of the Special Committee’s recommendation and the process undertaken, Redknee’s Board of Directors approved the Constellation Agreement.

The net proceeds of the transaction will be used to repay the indebtedness of the company of approximately US$53 million under the company’s senior secured credit facility, and to fund previously announced restructuring costs and working capital needs going forward.

Completion of the investment will be subject to approval of holders of common shares of Redknee at a meeting of Shareholders expected to be held in late January 2017. Redknee’s largest investor, Invesco Canada Ltd., which holds Common Shares representing approximately 19.9% of the outstanding Common Shares, has agreed to vote its shares in favour of the transaction.  In addition, all directors and certain officers of the company holding Common Shares representing in aggregate approximately 16% of the outstanding Common Shares have also agreed to vote their shares in favour of the transaction.

Kent Thexton, chair of Redknee’s Board of Directors and the Special Committee said, “The investment by Constellation will put Redknee on solid financial footing for the future and provide a long-term strategic partner for the business, allowing Redknee to continue as a market-leading independent billing software solutions company. We look forward to the expertise that this involvement will bring to the Board of Directors and Constellation’s input on our business going forward. We see significant upside in the future, which as part of this transaction, our Shareholders will be able to participate in.”

Kent Thexton has more than 23 years international wireless experience in executive positions at major wireless carriers.  As well as being non-executive chairman of the Board of Redknee, Thexton is managing director of OMERS Ventures, and sits on the Sierra Wireless board (TSX: SW, Nasdaq: SWIR) and is chairman of its Human Resources Committee. He also chairs Mobidia, a private technology company. Mr. Thexton co-founded i-wireless LLC, a US MVNO. Previously, he was chairman and CEO of SEVEN, having joined from leading UK operator O2, where he served as chief data and marketing officer, president of O2 Online and a member of the board of directors.

“With the conclusion of the strategic review, management can return its sole focus to servicing customers and delivering against its business plans for the benefit of all shareholders,” said Lucas Skoczkowski, Redknee’s CEO.