Our uninterrupted future: Roaming the streets of a seamless mobile access network – Part 2 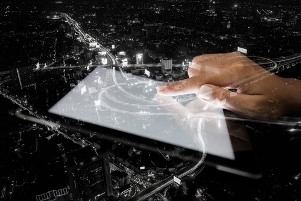 In the first of my two-part series, I explored the potential of a seamless mobile access network in the context of the UK’s smart city evolution. Here, I continue that discussion, and address the practicalities and the opportunity for the market.

So, who is set to reap reward from providing a seamless mobile access network? In the UK as it stands, companies such as BT (combined with EE) are well positioned to beat the competition and establish leadership in this market owing to hotspot and small cell dominance.

Even at home, BT customers will receive significantly better coverage because phone devices will provide better access. And, following the news that Virgin Media (LG) will be investing in both wirelines and wireless networks, it too will soon be able to provide a similar level of network capability. This marks the largest investment in the UK’s internet infrastructure for more than a decade, says Kevin Challen, lead consultant, Communications at Cyient.

Ultimately however, it will be the consumer that will gain the most, initially through a true seamless level of connectivity, which in turn, will enable more sophisticated services, such as connected healthcare and driverless cars. This however, is only the tip of the iceberg, as more and more innovative services come to be developed and deployed.

The practicalities of getting it right

New technologies such as NFV and SDN provide a strong platform for the overall management of the network, as well as the next level of service billing. Both technologies are still in the early adopter phase, but there are a number of operators leading the charge in implementing them; with significant investment being made by major players such as AT&T. This boost in investment is driving rapid growth in the NFV and SDN market, which is set to hit $158bn by 2021, according to a new industry report from TBR. As service providers continue to replace legacy infrastructure with both virtualisation and software defined networks, the role of network management will become more detached from the physical infrastructure. This should then provide the necessary platform for shared services and billing.

Regulatory support will also be critical, so we need to ensure that regulators, consumers and services providers share the common goal of achieving a seamless network. Of course, there will be political hurdles to overcome during the transition, such as security legislation, competitiveness in the market and data roaming charges in the wake of Brexit, but we believe that these can be addressed with the right level of cooperation. And let’s not forget the power of the consumer, who will pressure all parties to deliver the services they require and within a simplified commercial model.

The practicalities of getting this right are significant. However, with some of the emerging technologies and regulators playing a more supportive role, the dream of a seamless network can be achieved, putting us closer towards a world where smart cities are the norm.

The author of this blog is Kevin Challen, lead consultant, Communications at Cyient.