Open networking agility and control for a new era of connectivity 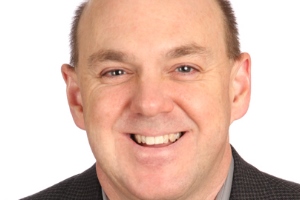 The idea of open networking goes from strength to strength. More and more organisations are deploying one or other network operating system (NOS) based around open source programming, leaving them able to select associated hardware and software solutions from their choice of vendor, says Guy Matthews, editor of NetReporter.

Those CIOs who have not yet taken the open network road are likely, at the very least, to be interested in finding out more about what it offers. Does it really confer promised dividends, from agility and control through to OPEX and CAPEX savings? Is it the route to greater efficiencies, and better alignment with application pipelines?

Brad Casemore, VP research, datacentre and Multicloud Networking with independent analyst firm IDC has an informed view on the topic having done research into open networking and its benefits: “We know what it should do,” he says. “It should provide openness and flexibility, it should provide choice through disaggregation of the various components and layers in the network throughout the network stack. And it promises to reduce costs and provide greater efficiencies.”

One drawback that he has noted is that vendors have somewhat varied definitions of what open networking entails: “Does it mean having an open API? Does it mean having openness from one part of the network to the other? Does it mean network disaggregation? Does it entail the use of open source software and open source hardware? The challenge for the industry and certainly for enterprise customers is to figure out exactly what it means and to eliminate, or at least mitigate, any ambiguity and potential confusion.”

A general drift towards greater openness and away from the rigidly proprietary is undeniable. Enterprises today, believes Casemore, are striving to provide modern digital infrastructure that is more cloud-like in its architecture and operational model, and that involves the use of open source APIs and a greater degree of automation throughout the lifecycle: “We’re seeing more use cases that involve open networking and open source, and we’re moving to more software-driven processes that are aligned to how developers work and to the needs of the application. The interesting thing that we’re seeing at IDC is not only is this changing what networking does, but it’s also beginning to change who does networking and basically who operates the network.”

No talk of open networking is complete without mention of the SONiC network operating system, created by Microsoft and open sourced in 2017, “Our market forecasts show that SONiC-based Ethernet data centre switches will be worth approximately $2.5 billion (€2.21 billion) in 2025,” says Casemore. “This is quite something when you consider that a few years ago there were no SONiC switches on the market. The interesting thing is these aren’t just going to hyperscalers but are making their way into a broad range of customers. They’re moving to Tier 2 and 3 clouds, and out to large enterprises in verticals such as financial services. There really is tremendous growth occurring there.”

To help define open networking with greater precision, and understand where the market is heading, Casemore turns to a panel of prominent, high-profile names with a stake in the rapidly evolving sector.

Ihab Tarazi is SVP & chief technology officer, integrated products & solutions with Dell Technologies. “We have been pushing open networking for the last five years or more, and it represents a key critical piece of our overall infrastructure, especially for data centres,” he says. For us, open networking’s importance lies in its ability to abstract protocols away from the operating system. It’s about using open standards to configure your network and configure your switches. It’s also about the ability to deploy protocols as needed, and mix and match them. And to have a containerised cloud native architecture that allows you to add more containers on top so you can expand the number of protocols. And the third thing is being able to customise everything.”

Dave Maltz, technical fellow & CVP Azure Networking with Microsoft agrees, and gives credit to Dell for joining the SONiC initiative early. He sees open source as important in enabling full visibility into what’s going on in a network, “Disaggregation is also key,” he notes. “And the ability to bring different software to a particular hardware platform, to be able to choose which of the various protocols that you want to run so that you can assemble a solution out of the pieces you need. We’re also seeing a decoupling with public APIs being introduced at critical portions in the network stack that then enable innovation above and below the switch abstraction interface side. We’re creating APIs that will let us open up parts of the SDN data plane. Plus end users need to have more control over what’s going on underneath them.”

Rebecca Weekly, chair and president of the Board of the Open Compute Project (OCP), recalls the early origins of open networking at the end of 2013, “Traditionally, networking was very appliance based, really just a box with software on top,” she recollects. “Open networking was trying to separate the network hardware from the network software, so that there was an opportunity to integrate and work across different solution spaces. It was also about being able to disaggregate at the hardware level, looking at devices which were closed but had common APIs that could be leveraged across different switch vendors, networks and even networking cards. Then it was about standardising some aspects of the overall stack to allow people to get more innovative at the programming level.”

Pere Monclus, VP/CTO, Networking with software vendor VMware remembers the input of standard bodies like the IETF, helping to look for a way to open up the definition of protocols and packet formats so networks could interoperate: “Now, fast forward 20 years, the meaning of openness has changed,” he says. “From an open source point of view we now have operating systems, abstraction, interfaces of size, contributing to a much more open ecosystem from open standards to open ecosystems.”

So are we now seeing an evolution in the very purpose of networking? And in this new paradigm exactly how should networks be providing value to enterprises?

“Our world is becoming ever more distributed,” says Maltz of Microsoft. “One of the important things that open networking is doing is making the network more of an active participant in, for example, securing the surfaces that are being posted on there. We see that happening at the virtualisation layer, where there may be a shared physical infrastructure which is now being virtualised and made specific to the policies of each of the tenants and services hosting on that. That’s exactly what’s happening in our cloud hosting facilities. In the enterprise space, we see the need to put security boundaries inside even on-prem facilities, or wherever they’re offering services from, so that they can make sure they have good defence. Open Networking is going to enable service architects to have much better visibility, much deeper integration of the layers of their network.”

The concept of distributed computing requires more innovative solutions in the networking stack, argues Weekly of the OCP, “Accurate timekeeping is really happening within the domain space to help drive efficiencies when you’re trying to coordinate across thousands of servers,” she says. “There’s so much to disaggregate across the software layers, and the need to manage distributed compute, whether it’s in a core data centre or out at the edge. That’s been the most interesting aspect of how everything has evolved over the last eight plus years. We’ll continue to see this world of software become more diverse, more specialised.”

Tarazi of Dell Technologies believes it is very clear now that open networking is not just about open source, “It’s a combination of open source and non-open source and it’s becoming obvious that you need both,” he says. “SONiC has created standard protocols and management layer and site interfaces to normalise the different hardware options. It also created an enormous business opportunity for many companies to create software on top – storage services, encryption, security, zoning. All that is deployed on top and then there’s management layers and orchestration fabrics, and AIOps with its ability to automate your whole infrastructure. I still would say that we’re halfway through on being able to make the hardware completely agnostic. This is something that the open source community will keep working on over time to enable more transparency.”

Weekly says the OCP is constantly learning as new community members join, “We’re learning what we need to change, and how we need to go forward together,” she explains. “It’s that combined market synergy that allows us to solve the big problems, and bring people to the table so we can break down barriers and have new aspects of innovation. We’ve talked a lot about SONiC and I think that’s a perfect example of an area where hyperscalers led an innovation path which we’ve been able to broaden out to a large set of end users through the open source community environment. Even in that domain space, there’s constant innovation that’s happening both in open source and in the different vendors and suppliers in order to be able to ensure that those different end users can come together and continue to innovate.”