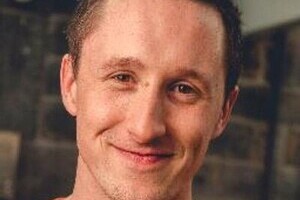 Telcom Group’s social initiative Recode has announced the launch of the Telecoms Engineer Bootcamp; a new, high-quality training course designed to develop and recruit new talent to the telecommunications industry, with a specific focus on fibre broadband roll-out.

The group has invested considerable resources in securing experienced partners to support and deliver the intensive training program, designed to address the shortage of available talent in the sector with ‘No cost, no catch, tuition-free training’.

The British Government’s target is for at least 85% of UK premises to have access to gigabit-broadband by 2025. It said it will “seek to accelerate roll-out further to get as close to 100% as possible.”

Shaun Gibson, CEO of Telcom Group says, “Today, the main issue facing all alt-nets across the UK is availability of skilled resources, with a particular emphasis upon telecommunications engineers. There are a limited number of engineers seeking opportunities and intense competition to hire those that are coming out of programmes such as CTTS. This engineer resource constraint means that the industry at large will struggle to increase its output to such a level where it can hope to meet the Government’s gigabit coverage targets without initiatives like the Telecoms Engineer Bootcamp from Recode.”

Successful applicants of Recode’s Telecoms Engineer Bootcamp will undertake an intensive course led by experienced telecoms professionals, with successful graduates being offered full time positions to work with seasoned veterans within Telcom Group – currently with over 100 open positions – or with a third party partner. Graduates will also go on to receive further advanced training in specialist tasks such as overhead, surveys, splicing and more.

“The Telecom Engineer bootcamp is not only a creative solution to current resource constraints but embodies our commitment to improving lives and providing opportunities to those who live within communities we serve. We believe in giving those who are in need of an opportunity, access to one and the Telecom Engineer bootcamp is designed to equip those new to the sector with the fundamentals needed to pursue a successful career in telecoms.” adds Gibson.

Peter Bachmann, managing director, sustainable infrastructure at Gresham House says, “We view great gigabit connectivity as fundamental to digital inclusion. Without a skilled workforce this is not possible, especially given the skilled workforce shortages in the UK. We’re incredibly proud of the steps Telcom has taken to create such a fantastic programme to train the digital engineers of the future. This is truly impactful for society and for Telcom which aligns perfectly with our British Sustainable Infrastructure Fund (BSIF) strategy.”

The ambition to overhaul the UK’s broadband infrastructure is imperative to support the nation’s population and further impacts the UK’s ability to compete on the world stage as companies shift their working habits in light of COVID.

The UK currently ranks 48th globally for broadband speed, with the average download speed sitting at 102.24Mbps. Nationally, the disparity between urban and rural living and blackspots with substandard technology exacerbate the average. As recent as 2020 residents in Surrey, UK are stuck with download speeds of just 0.12Mbps.

With Openreach’s planned copper switch-off , the pressure is on for fibre roll-out to ramp up.

Traditionally ISPs have been heavily reliant on third-party contractors to carry out their infrastructure work, leaving the ISP projects open to delays, spiralling costs and at times losing out mid-contract to projects that are better planned and/or better paid.

This instability has been an ongoing concern for ISPs for some time, and recently realised by the collapse of Complete Utilities, affecting the full fibre rollout for rural ISP Gigaclear, and in the collapse of NMCM which has hampered CityFibre. Ultimately the end-user pays the price through delays in accessing adequate broadband.

“It became apparent to us as an organisation early on that the only way we could hope to meet the needs of our clients and their contracts, would be to build our own field engineering base and remove our dependency on subcontractors. We tried to do this via the wider job market however found ourselves in a bidding war with the industry for what is a very scarce resource.

Through partnering with Recode we’ve successfully managed to build our own teams of well rounded foundational engineering talent, who we’re now able to develop and train in the areas most important to our business such as overhead,” says Kim Barlow Leak, Pioneer Utilities.