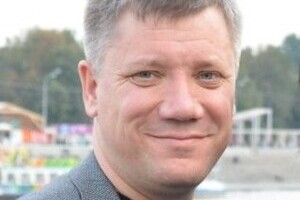 China took the unenviable positions as the leader in the number of devices from which SSH attacks were carried out. At the same time, China continued to lose ground in terms of the total number of DDoS attacks (10.2%). According to research by Kaspersky, the USA remains the “leader” (36%) in this category for the second quarter in a row, while Poland and Brazil are new entries in the top five.

Recently, scammers have been looking for ways to amplify DDoS attacks the number of attacks through the Session Traversal Utilities for NAT (STUN) protocol has increased. Another visible trend, says Kaspersky, is the exploitation of the TsuNAME vulnerability in DNS resolvers to attack DNS servers. In particular, this led to interruptions in the work of Xbox Live, Microsoft Teams, OneDrive and other Microsoft cloud services. Internet service providers also fell victim to DDoS attacks.

The overall situation in Q2 was relatively calm. On average, the number of DDoS attacks fluctuated between 500 and 800 per day. On the quietest day, only 60 attacks were recorded, and on the most intense, this reached 1,164.

The geography of DDoS attacks has also changed slightly. The USA once again became the leader for the amount of DDoS attacks (36%). At the same time, China (10.2%), which until this year was regularly in first place, continues to lose ground its share has decreased by 6.3%.

Third place was taken by a newcomer to the rating Poland (6.3%), whose share increased by 4.3%. Brazil took fourth place, their share almost doubled, amounting to 6%. Canada (5.2%), which previously closed the top three, dropped to fifth place.

Kaspersky experts also analysed which countries had bots and malicious servers that attack IoT devices in order to expand botnets. Results show that the majority of devices that carried out attacks were in China (31.8%), the United States (12.5%) took second place, and Germany (5.9%) came in third.

“The second quarter of 2021 was calm, as we expected. There was a slight decrease in the total number of attacks compared to the previous quarter, which is typical for this period and is observed annually. We traditionally associate these numbers with the beginning of holidays and vacations.

In the third quarter of 2021, we also do not see any prerequisites for a sharp rise or fall in the DDoS attack market. The market will also continue to be highly dependent on the rate of cryptocurrencies, which has remained consistently high for a long time,” comments Alexey Kiselev, business development manager on the Kaspersky DDoS Protection team.

More information about the report can be found via this link.

Kaspersky is a global cybersecurity and digital privacy company founded in 1997. Its deep threat intelligence and security expertise has been used to develop security solutions and services to protect businesses, critical infrastructure, governments and consumers around the globe.