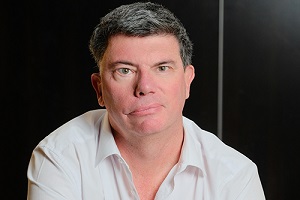 The 5G rollout is well underway in the UK, with deployments by the four main mobile network operators (MNOs) in most large cities and towns. But most 5G networks today rely on some of the previous generation’s standards and protocols, says Michael Downs, managing director UK and EMEA at Positive Technologies.

Existing vulnerabilities in signalling protocols mean that operators, and their subscribers, are exposed to the same security threats as past generations of mobile networks. MNOs therefore need to remain vigilant of the risks these protocols present, and the need for security considerations to be built-in from the start.

Most MNOs have created non-standalone (NSA) 5G networks based on existing 4G LTE network cores. While devices will connect to 5G frequencies when lower latency and greater bandwidth are required, they will still rely on 4G and, occasionally, even 2G or 3G networks for voice calls and SMS messaging. This dependence on 4G means 5G NSA networks will be open to the same vulnerabilities as their predecessors.

A study carried out by Positive Technologies found vulnerabilities on 100% of 4G networks, and revealed how critical weaknesses in signalling protocols both new and old can be exploited by criminals to steal operator data, track subscribers’ locations, commit fraud, and execute denial of service (DoS) attacks.

For example, the GTP protocol, which is used to transmit user data and control traffic on 2G, 3G, and 4G networks, was found to leave 5G networks highly vulnerable to DoS, fraud, and impersonation attacks. Pentesters were able to exploit the SS7 Protocol which, while less commonly used, is still vital for 2G and 3G networks – to carry out attacks including location tracking, listening in on calls, intercepting SMS messages, instigating fraud, and even stripping users of service.

Indeed, the Diameter signalling protocol, which is used to authenticate and authorise messages and information distribution in 4G networks, is vulnerable in a number of ways which operators must be aware of if they are to protect their 5G deployments from attacks.

Secure from the start

Providing adequate protection and a smooth implementation for their 5G networks requires MNOs to secure the previous-generation networks upon which they’re built, although the need to put such security measures in place can often be overlooked in the race to deploy 5G. There are ways in which MNOs can protect their networks from these kinds of attacks, however.

What is critical is for MNOs to identify and manage signalling attacks that could not only undermine today’s generation of networks but also 5G and beyond. However, it is very difficult to ‘see’ these attacks without the necessary investment both in infrastructure and personnel. Solutions such as the cloud-based offering, iQ360 from iBASIS that can offer valuable visibility, monitoring, attack detection, and mitigation without impacting network operation and performance. But it’s vital that security is prioritised during the network design stage. Implementing security measures in later stages of deployment could end up costing them significantly more than just the need to purchase additional tools.

Late last year, the government announced the Telecommunications (Security) Bill which grants OFCOM new powers to improve the security of the UK’s telecoms network. Companies who fall short of the prescribed standards are at risk of being fined up to 10% of their turnover, or £100,000 (€115549.24), each day until the issue is rectified.

As encouraged by the GSMA, it is also essential to ensure signalling traffic is constantly monitored and analysed as it crosses the network border. Doing so will allow MNOs to quickly identify potential threats and network configuration errors and correct them as soon as possible.

Ultimately, MNOs need to be acutely aware of the vulnerabilities within existing network infrastructure and should ensure that security provisions are built in from the start, in anticipation of any issue that may lay ahead.

The author is Michael Downs, managing director UK and EMEA at Positive Technologies.