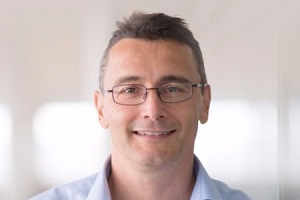 Ericsson estimates that by 2030, the digitalisation of industries such as manufacturing and transport could generate $3.8 trillion (€3.13 trillion) of revenue opportunities across the ICT sector. This estimate includes the maritime and ports industry.

As with other industries, the maritime industry is interested in systems for improving safety, autonomous navigation, IoT monitoring and automation. However, the maritime industry has been dependent on satellite-based communication, which has relatively higher latencies, higher cost models and lower bit rates than terrestrial-based 4G LTE and 5G mobile networks.

As a result, digitalisation in the maritime industry has progressed at a slower pace than other Industry 4.0 verticals.

This was the issue that technology innovators within the Ericsson ONE initiative set out to address. The resulting Maritime Mesh Network innovation looks set to be a major game changer. The initiative won the Telecoms Transformation category at the 2020 Glotel Awards.

Serdar Sahin, director of product management at Ericsson ONE, oversees the project says, “If you are a maritime ship owner today and you need your ships to be connected for monitoring, reporting, automation or remote operations, your only choice is satellite communications at high prices, high latency and much lower speeds compared to terrestrial communications.”

He adds, “This satellite-based monopoly over the seas has also slowed down the pace of innovation in the maritime industry, because the satellites are far out in space and have long life cycles in excess of 15 years.”

Through innovative use of 5G and other technologies, the Maritime Mesh Network builds a reliable dynamic network architecture, similar to a spider’s web, between maritime vessels across common international shipping lanes.

Assuming that there are approximately 200 vessels present en route with a random uniform distribution of the ships, initial calculations indicate about 99.9 % coverage guarantee across major well-trafficked shipping lanes, such as the 2,500km Oman-India shipping route.

Each connection between two ships delivers latency within a few milliseconds, indicating that latency will be much lower than satellite-based models which deliver latency in the region of 700 milliseconds.

Sahin says that this will unlock innovative connectivity opportunities across the maritime industry.

“Situational awareness and autonomous ships can be enabled especially close to the port where the need for high-speed and low-latency connectivity is the highest. The Maritime Mesh Network project also makes it possible for land-based crew to run remote operations and troubleshooting, for example through augmented reality, to assist colleagues on-deck.”

He adds, “Relatively basic but essential services such as voice and video can be enabled in areas where there is continuous coverage, such as close to shore, and in other areas when Maritime Mesh Network executes on its roadmap.”

The project has already undergone the minimal viable product development phase and is expected to complete its first field trial in a live maritime environment shortly. It will move a step closer to commercial rollout.

Sahin says, “Our vision is that every entity at sea will be able to connect using our mobile connectivity solution, including cargo ships, tankers, cruise lines, fishing boats and pleasure vessels.”