Content delivery presents a major opportunity for telcos – here’s why 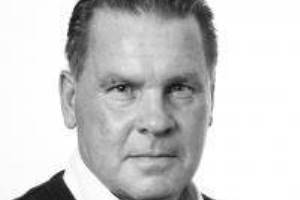 Telcos have been struggling to boost revenues for some time, having invested large sums into building out networks, but at the same time seeing traditional voice revenues declining. They are now focusing on video content as a primary way to drive growth. However, services like Netflix have already made huge strides in the market as they are able to focus purely on their streaming offering and optimise their services accordingly. How then, can a telecoms operator compete in the space? Is it even possible for a multi-service company to plug themselves into the market, and what will the rollout of 5G mean for the future of streaming and content delivery?

Organisations like Netflix dominate column inches due to its market presence and extensive content library. Bringing such extensive content portfolios together is a challenge for telcos, which have spent most of their existence focused on connecting customers rather than delivering content to them. Because of that, we’ve seen a number of billing partnerships and integrated service offerings instead of telcos developing their own streaming platforms.

But for players like Netflix to be able to deliver the service it does, it needs to be closely aligned with local telcos in the markets in which it operates. To be able to stream something, you need a feed of some description, whether that’s a live camera or a pre-recorded video. You then need a piece of technology to encode this stream, and then you need software to push this out through the network – a content delivery network (CDN).

Because they own the networks over which video content is transmitted, telco CDNs have advantages over traditional CDNs. This also means they have advantages over the existing streaming players, and there is a big opportunity for them should they chose to develop their own services. Telco CDNs also have a built-in cost advantage since traditional CDNs must lease bandwidth from them and build the operator’s margin into their own costs.

Simply put, telcos have decades of experience operating very complex systems that have to be operational 24/7. They know what real-time communication means and have been doing it for a very long time. Telcos own the ‘last mile’ and can therefore deliver content closer to the end user because it can be cached at the edge of their networks, something 5G will only enhance.

Video accounts for between 60 and 80 percent of internet traffic today depending on which report you read, and that percentage is still growing according to analysts. The trickiest part of content delivery is reliably delivering content from edge data centres to eyeballs. This is where 5G will sit – at the edge of the network – and improve content delivery immensely with its increased bandwidth and reduced latency.

Any time you send a transaction through the core network it costs a lot of money and it slows everyone else’s internet down. 5G edge caching minimises the distance that video data travels over the general internet and delivers it more quickly and reliably. If you’re able to push that video content to the edge without placing load on the core network, it speeds up the internet for everyone.

Additionally, as the consumption of streaming goes increasingly mobile, 5G will mean live streaming on-the-go will become inherently more reliable. 5G allows for a real-time sync between broadcast and mobile feeds, eliminating the issues of lag often associated with live sports where key moments are spoiled by social media before the feed has caught up. This type of low-latency, real-time streaming is only possible with a robust CDN in place though, and telcos have a critical role to play in building out the 5G edge to make this happen.

I would go as far as saying that the telcos need to do start exploring the potential of 5G streaming, because they have a unique opportunity to open up revenue streams. From my device, I will have one millisecond latency to the 5G base station. That could easily give me over 100gbps, which is the required speed to stream live sports in 8K. Telcos are essentially the only ones who can facilitate this type of speed, so they have to start building out their base stations using software to make them more intelligent. They will then have the opportunity to store content at the edge, providing the capability to create truly interactive real-time experiences like online betting.

5G means we will be able to do things we haven’t seen before. Not only is there an opportunity for telcos to be a part of content delivery, but also for them to innovate content delivery and build new services. The reason the big content distributors are as good as they are, is that they move their content as close to their edge as they can and then leverage the local networks to get as many eyeballs on that content as they can.

Telcos can choose to partner or compete, but ultimately, there will be increased integration between the telecoms industry and the video and broadcast industry as a clearer ecosystem that mutually benefits each is developed.