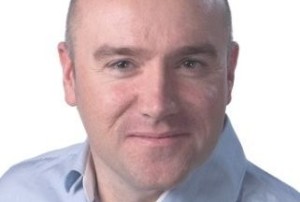 The demonstration includes two ONAP instances, one deployed by Vodafone and one by China Mobile, both of which are said to orchestrate the respective operator underlay OTN networks and overlay SD-WAN networks and peer to each other for cross-operator VPN service delivery.

“ONAP’s CCVPN use case is a great example of collaborative approach in solving real-world challenges,” says Arpit Joshipura, general manager, networking and orchestration at The Linux Foundation. “Demands on operators to deliver end-to-end, cross-domain services that can be ported internationally across carriers is greater than ever. CCVPN enables advanced, interoperable orchestration capabilities that meet needs industry-wide.”

Commenting on the collaboration, Fran Heeran, head of cloud & automation at Vodafone Group says, “Interoperability between service providers forms the very foundation of our industry. As we transform how we build and operate our services at a global scale, it is critical that the automation and orchestration we introduce in our own networks and services can extend securely beyond our boundaries.”

“The capabilities we are developing with our partners and the contributions to the ONAP community will allow us to offer next generation networks services to our customers at global scale with speed and agility. Vodafone is committed to helping drive open standards as we transform service creation, deployment, orchestration and operations.”

“This is the next big investment to the community, after we successfully validated VoLTE with ONAP Amsterdam, and launched commercial product development based on ONAP Beijing,” Jun-Lan Feng, chief scientist of China Mobile and general manager of AI and intelligent operation R&D centre adds.

“Starting from China Mobile’s deployment requirement for Enterprise customer-oriented optical/IP VPN services, with the joint vision that ONAP should serve as the general platform to enable automation and intelligence both within and across SP boundaries, the new CCVPN use case demonstrates the attempt of using ONAP to achieve the cross-technical domain (SDN/ NFV), cross-layer (SOTN and SDWAN) and cross-boundary (between the two operators) service provision and automation.”

“Automation will be needed more than ever, especially for 5G and Network Cloudification, ONAP is the common platform of carrier network automation and digitalised operation, we need to work together to make it happen,” Bill Ren, VP of Huawei network industry & ecosystem development comments. “The CCVPN use case demonstrated that ONAP works with commercial OTN and SD-WAN solutions, as well as a new way of collaboration with our key customers”.

The collaboration will see developers from Vodafone, China Mobile and Huawei, working together on the additional features required by the CCVPN use case and will commit the resulting work to the ONAP community as part of the upcoming Casablanca release.