Put your money where your fibre isn’t 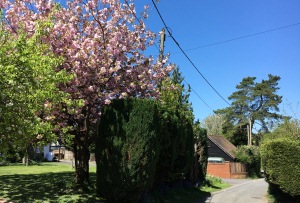 At the end of July 2018, the UK government issued its Future Telecoms Infrastructure Review, effectively a wish list for full-fibre rollout across the country.

The paper proposes the changes that are needed to give the majority of the population access to 5G, connect 15 million premises to full fibre broadband by 2025, and provide full fibre broadband coverage across all of the UK by 2033. Noble aims indeed, if a little late and a bit short on detail, writes Peter Dykes. (Also see: UK government unveils overdue plan to bring fibre to every home and raise broadband speeds. )

The dearth of full-fibre broadband in the UK is in stark contrast to some of its European neighbours, coming in at around 4% of full fibre connections as compared with 71% in Spain and a massive 89% in Portugal. Until now, neither the British government nor the major operators have seen fit to make any serious inroads into FTTP (fibre to the premises) with most so-called ‘superfast’ fibre connections ending at the cabinet and taken into the premises on a copper pair.

The situation in the UK has, however, lead to everything from local communities crowd-funding their own fibre feeds to their villages and farms, to venture capital-funded companies intent on building pure fibre networks in rural and semi-rural parts of the country – and the situation in the cities isn’t much better.

Into this barren fibre wasteland comes the government’s ‘radical new blueprint for the future of telecommunications’ with promises to free up Openreach’s ducts and utilities-owned pipes and sewers, as well as public investment in full fibre for rural areas to begin simultaneously with commercial investment in urban locations. Some of the independent regional fibre networks have concerns however, calling for a level playing field and the careful targeting of financial support.

Evan Wienburg, CEO of full fibre infrastructure provider TrueSpeed, says, “We welcome the Government’s statement that a switchover from hybrid to full fibre networks could be underway in the majority of the country by 2030. But the devil is in the detail.”

“While the Government is right to state that a full-throttle drive to nationwide full fibre connectivity requires competition and commercial investment to succeed, a fair and equitable playing field for all infrastructure providers is essential. This has not always been the case. There are numerous examples of taxpayers’ money being wasted by national incumbent providers building FTTC/FTTP networks in areas where privately-funded infrastructure providers have already deployed.”

Wienburg, who’s network is rapidly expanding across the south west of England adds, “We urge the Government to engage more closely with industry in the drawing up of the regulatory and policy changes mooted in the report. And to do this fast. Swift decision-making is of the essence if the UK is to have the digital future it deserves.”

The very existence of network infrastructure such as that operated by Truespeed does beg the question of why should the major operators bother investing in rural broadband when regional, full fibre infrastructure is already being rolled out by private companies?

The cost of setting up full fibre broadband infrastructure from scratch is a drop in the ocean in comparison to migrating a nationwide copper-based network. Of course, migration is something that the major players will have to take on eventually, but it may not be quite as extensive as first envisioned. They just have to be prepared to do deals with the regional networks. After all, competition these days is all about content not infrastructure.