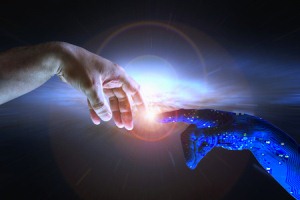 From today, all UK Government organisations will have access to a cloud service which establishes a new approach to privacy and security on the social web. FlyingBinary a web science company has released the Artificial Emotional Intelligence service to the G-Cloud 10 Digital Marketplace in partnership with Emrays B.V. a provider in the use of AI for emotional recognition on the web.

As an official member of NVIDIA‘s Inception program EMRAYS B.V. have teamed up with the International web science company FlyingBinary to deploy their Artificial Emotional Intelligence engine as part of a newly awarded G-Cloud 10 service built for the UK government. FlyingBinary will use their web science, GDPR and security expertise to support 39,000 government organisations better understand the dynamics of emotions on the social web, and in the mass media space.

Running on the latest NVIDIA GPUs EMRAYS EMOTION_AI detects over 20 distinct emotions in any digital content which help companies and governmental organisations measure and understand how people feel about any topic – ranging from companies, brands, and people to concepts.

FlyingBinary have been awarded all 10 G-Cloud frameworks and have specifically deployed the Artificial Emotional Intelligence G-Cloud service to equip European businesses and government organisations to understand client and citizen emotions as preparation for a post Brexit world.

Important topics such as immigration, the strategic direction of healthcare services, and wider societal issues will be able to be understood with this new Artificial Emotional Intelligence G-Cloud service. FlyingBinary are privacy and security experts in the changes to the European marketplace and their G-Cloud services leverage the new GDPR regulation to create new trust models on the web.