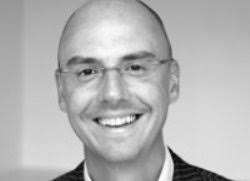 DigitalRoute, the independent provider of Enterprise Data Integration and Management Solutions globally, believes that the mobile industry has reached a pivotal point, with sweeping changes highlighted at the annual Mobile World Congress event in Barcelona this year.For one, the days of MWC as an exclusively telco-focused event appear to be over. Digital transformation was the main topic of conversation, with input from multiple market verticals.

Additionally, telcos were focused on the evolution from CSP to DSP and the related, vital honing in on data, data and more data. Discussions and presentations at MWC 2018 were dominated by themes such as 5G networking and services, virtualisation and the Cloud, and the Internet of Things, all of which promise a radical departure from traditional telco business models.

Questions of both infrastructure and services came particularly to the fore as CSPs collectively seek to digitise their businesses; one keynote speaker even suggested that not taking such a step effectively means ‘you will die’ and, after almost 20 years working with CSPs, it is clear that they are CSPs today but may choose to be different types of businesses in the future.

Similarly, there’s considerable enthusiasm for the Internet of Things (IoT), an opportunity for the Communications Service Provider (CSP), but there’s far less clarity on exactly what that opportunity is, in connectivity or beyond.

While keen to avoid the failures of 3G (where telcos did not create revenue opportunities as they had originally envisaged on top of massive investments in spectrum and infrastructure) operators are collectively struggling to articulate an IoT vision beyond that of pipe provider.

DigitalRoute believes one option may be the development and provision of a ‘smart’, or ‘value-added’ pipe.

Additionally, with reliance on partners almost certain, IoT (and 5G) are likely to see the development of extensive new partner ecosystems which bring questions of integration and information capture and exchange to the fore if they are to function optimally.

DigitalRoute also believes that opening up more of the network to IoT enterprises and service providers is a clear opportunity to differentiate for 4G and 5G networks.

The company’s chief technology officer Stephen Bryant commented, “It was abundantly clear in Barcelona that we have a leading role to play in helping CSPs realise the value of network and infrastructure investment and innovation. In the digital economy, each expects a personalised and tailored experience.”

“DigitalRoute’s core strength lies in taking high velocity and large volumes of data and turning it into perfected information about an end user or assets. We help our customers to create the perfected information as a basis for service monetisation, optimising their network and costs by predicting the future and making real-time decisions for personalised experiences in environments where there is a high cost of errors and data loss is not an option.”

DigitalRoute’s CEO, Andreas Zartmann added: “In addition to observing and discussing market drivers that are closely matched to DigitalRoute technology, we were delighted by the interest shown in both our products and our product roadmap by customers and prospects alike. With Use Cases we already have in deployment, particularly in OSS Mediation, as well as those related to enabling technology change to become a functioning reality, it is clear that significant opportunities are on our horizon.”