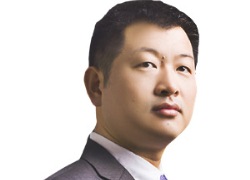 At the pre-MWC briefing in London, Huawei revealed that a full series of scenario-based Massive MIMO AAU (MM AAU) products would be released at the MWC 2018. These products accommodate various 5G deployment scenarios and make operators ready for 5G in advance based on 4G networks.

MM AAU series products to be released are all 5G ready. The “Dual 200” MM AAU was launched at MBBF 2017. It operates on the C-band and applies to large-capacity deployment in urban areas. Other MM AAUs will be released at the MWC 2018, including the dual-band MM AAU and MM AAU EasyBlink. The dual-band MM AAU realises the co-deployment of C-band and other bands, and features the best engineering performance. The MM AAU EasyBlink is a new-generation product designed specifically for pole sites.

The multi-user spatial multiplexing technology of Massive MIMO works with the large capacity feature and high-speed single-user experience feature to provide Gbps-level cell throughput and ultra-large user capacity. They also provide exclusive bandwidth and QoS guarantee functions the same as wired networks. Massive MIMO is one of the important air interface technologies of 5G and is the core technology to differentiate 4G and 5G networks.

The “Dual 200” C-band MM AAU solution is suitable for large-capacity scenarios in urban areas. This cost-effective product meets the future capacity evolution requirements for the next 5 to 10 years. This way, only one-off hardware deployment and site visit are required, significantly reducing related engineering and maintenance costs. The AAU is the industry’s first 3D-MIMO product boasting ultra-large capacity and bandwidth. 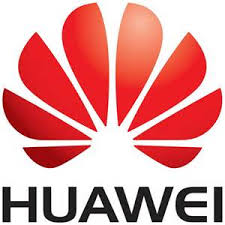 It can cope with the challenge of operators’ C-band spectrum acquisition. A single AAU module provides 200 MHz bandwidth capability on the C-band to save antenna space and reduce network construction costs. This AAU can achieve a peak rate of 10 Gbps per cell, meeting the large-capacity service demands in the future.

For operators that have C-band and other frequency bands, two MM AAUs are required for the deployment of Massive MIMO on two bands. However, the number of antennas is limited at some existing sites and the load-bearing capacities of towers are incapable.

As a result, two MM AAUs cannot be installed. The dual-band MM AAU solution can resolve these issues. This product supports C-band and another band using 200 MHz bandwidth. It can effectively expand the application scenarios of the band other than C-band, and also support the 5G-oriented evolution to simplify the antenna space and reduce the overall engineering costs.

For areas where above-mentioned solutions are not considered feasible, the EasyBlink simple pole site solution serves a perfect choice to improve 5G coverage.

In the future, 5G networks will grow increasingly complex, equipped with multiple bands and RATs. Massive MIMO in the 5G era will be nearly a hundred times more complex compared with that in the 4G era. Through Wireless AI technologies, O&M can be dramatically simplified with efficiency enhanced by several times. In addition, Huawei’s innovative Massive MIMO 3D-shaping technology improves the downlink coverage gain by several dBs and 5G network coverage by the introduction of full-channel beamforming and sweeping.

Zhou Yuefeng, Huawei Wireless Network chief marketing officer, said that “Massive MIMO is one of the important air interface technologies of 5G and is the core technology to differentiate 4G and 5G networks. The rational planning and deployment of MM AAUs are crucial.

Huawei’s Massive MIMO products have seen large-scale deployment in over 40 countries, such as Japan, China, Spain, UK, and Saudi Arabia. As early as 2016, Huawei worked with SoftBank to test TDD Massive MIMO and multi-carrier aggregation using the 40 MHz bandwidth on the 3.5 GHz band, achieving a downlink throughput of over 1 Gbps. Meanwhile, performance testing of Huawei FDD Massive MIMO have been conducted on more than 10 commercial networks in countries such as China, Thailand, Turkey, and Kuwait.

The network capacity is 4 to 5 times higher than that of the live network. It is estimated that Huawei FDD Massive MIMO will begin large-scale commercial deployment in 2018 through to 2019. This will help operators owning FDD spectrum resources to prepare and seize the imminent opportunities of the 5G era in advance.