EU Regulation IV: The impact of Roam Like at Home for EU operators 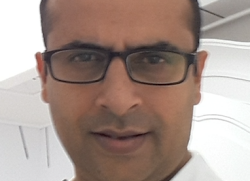 EU Regulation IV formally came into effect on the 15th June 2017 and was widely welcomed by consumers as a significant win in the face of escalating roaming costs when travelling abroad. Requiring operators within the European Union (EU) to implement a ‘Roam Like at Home’ (RLAH) with fair usage policy for all of their roaming subscribers, the legislation is intended to stop irregular or abusive usage of regulated retail roaming services by roaming customers, says Vishal Gandhi, associate vice president of Product Management at Mobileum.

However, EU Regulation IV was also expected to present operators across the EU with several major challenges. Revenue, traffic volumes, fraud, retail rates, IT and abuse were all forecasted to be areas of concern.

How have European operators managed during the initial stages of implementation? Mobileum conducted a detailed study with operators across 28 EU states to investigate exactly this; reviewing the first month after roaming charges were eradicated throughout the EU. The research examined if the predicted increase in traffic materialised, how IT systems are handling any increase in volumes, whether the large group of previously silent roamers have become active users, and if early signs of fraud and abuse are appearing. 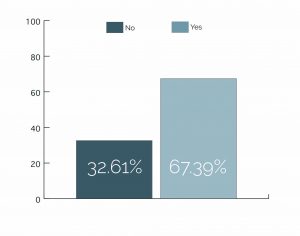 This graph shows results in relation to a question about whether existing IT systems would be able to cope with the increase in traffic volumes following the implementation of EU Regulation IV.

As predicted with subscribers expected to lose concerns around ‘bill shock’, volumes increased. The overwhelming majority (87%) of respondents reported a strong or very strong increase in data traffic. Voice usage also saw an increase (71%), although only half of operators highlighted an increase in SMS usage.

However, the important follow up question is if these usage increases have been enough to offset any loss in revenue for operators as a result of the legislation. Responses to this were surprisingly mixed, with over three quarters (76%) of respondents stating that the usage increase they experienced was not sufficient to bridge the gap, but 22% highlighting the opposite.

While the EU commission stated that domestic retail rates shouldn’t increase to compensate for this additional cost, there are reports of this happening in some EU countries. More than a third (35%) of operators responding to our survey indicated that they are planning on changing retail rates based on usage changes. We expect this to have increased now that EU Regulation IV has had further time to bed in. 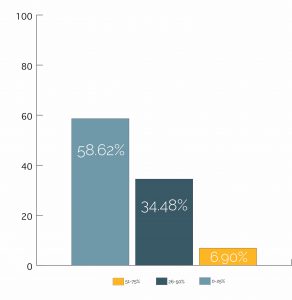 This graphs shows results in relation to a question about whether or not operators’ roaming customers remained silent following implementation.

Debate has also been widespread regarding whether existing IT systems would be able to cope with the increase in traffic volumes following the implementation of EU Regulation IV. This included anecdotal reports that a sizeable number of operators were adopting a ‘wait-and-see’ policy with regard to implementing new solutions to cope with the changes. A third (33%) of respondents to our survey said that their IT systems were not sufficiently coping, although further analysis is required to ascertain if this is related to abuse, fraud, fair usage policy tracking or other reasons.

When it comes to the visibility of silent roamers, we identified a disparity between operators. Over half (59%) stated that between 0-25% of their roaming customers remained silent, while more than a third (34%) estimated it is between 25-50%, and just 7% saw more than half of their roaming customers as silent. We expect to see a large number of these silent roamers becoming active as subscribers get more used to the introduction of the legislation.

In relation to roaming abuse, over a quarter (26%) of EU operators said they had witnessed an increase or strong increase. Less (17%) reported a similar impact in terms of fraud, with the majority in both cases unsurprisingly reporting no change.

However, the generous fair usage policy does mean that it is becoming much more difficult for operators to watch out for abuse and fraud. Fraudsters will undoubtedly be monitoring what loopholes have appeared and how they can exploit them.

Despite the fact that operators may have implemented fair usage policy for open data bundles, it is clear that they are finding detection and action on permanent roamers to be complex in nature. While this clearly needs to be addressed, we believe it is more important that operators focus on innovative roaming bundles for international roamers in the long term. Understanding customers via analytics, segmentation and dynamic/spot pricing is the key to grow roaming revenues.

The author of this blog is Vishal Gandhi, associate vice president of Product Management at Mobileum