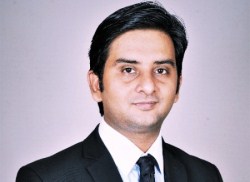 The Indian Software market continues to be one of the fastest growing and dynamic markets within the APeJ (Asia Pacific excluding Japan) region. Digital Transformation initiatives and the drive for application modernisation have led the growth story for the software market over the last 12 months, and are expected to attract sustained investments by Indian enterprises in 2018 as well.

“Organisations across all industry verticals and segments have jumped on the digital bandwagon, resulting in spend on software such as Collaborative Applications, Enterprise Resource Management (ERM) and Customer Relationship Management (CRM) to optimise their business processes and enhance customer engagement.

In fact, Collaborative and CRM applications were amongst the top three fastest growing software categories in 2017, primarily led by adoption via a cloud model (consumed as Software-as-a-Service),” says Sandeep Kumar Sharma, Associate Research manager (Software & IT Services) at IDC India. 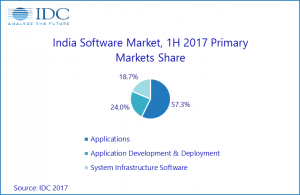 IDC classifies the Software market into three primary categories: Applications, Application Development and Deployment (AD&D), and System Infrastructure (SI) Software. Applications contributed the bulk of the spending with a 57.3% share, followed by AD&D and SI software with shares of 24.0% and 18.7%, respectively, in 1H 2017.

Intense market competition and the rise of Digital Native companies have influenced Indian firms to adopt Continuous Integration (CI), Continuous Delivery/Deployment (CD) and DevOps practices increasingly in their application development lifecycle. According to the IDC Asia Pacific Software Survey, 2017, already a quarter of Indian organisations have implemented CI/CD and DevOps practices, with another 44% planning to do so in the next 12-18 months.

In 1H 2017, there was an increasing thrust on security software as well (second fastest growing software market in the country) as organisations had to contend with the evolving threat landscape (especially with attacks such as WannaCry and Petya) and a rise in awareness of the criticality of security to allay business risk.

“Security software investments are being contemplated with an increasing level of intensity by a large section of Indian enterprises. This was indicated by sustained investments in several security software categories such as End Point Security, Identity & Access Management, and Messaging Security,” adds Sharma.