The rise of OpenStack 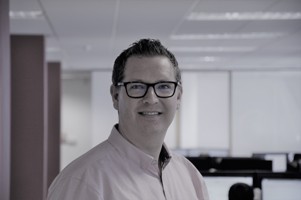 OpenStack is a toolkit for organisations to build and manage public or private cloud environments. It has an amazing scaling capability which means that it enables companies to quickly ramp up huge deployments.

This capability has lead to OpenStack attracting the interest of some of the world’s largest corporations and being hailed as the future of cloud computing. But what is it about this flavour of cloud that has got everyone so fired up? Nick Thompson, managing director, DCSL Software, takes a closer look at why this buzzword is making waves across the world.

Traditionally organisations building a software application would have deployed it onto a dedicated server, with additional applications housed on another server or on a large disk or CPU. Working in this way was far from a good use of server capacity, it was also time-consuming to procure, fulfil, rack, configure and network those servers as the development projects needed more capacity. That’s when virtualisation became a key solution.

By adding a hypervisor to a server, it was possible to deploy applications on virtual machines instead of physical ones. This meant a more efficient use of server capacity. However, as more and more virtual servers were added, the infrastructure would become increasingly difficult to manage.

The different hypervisors, servers and brands still had to be managed as if they were physical machines, which caused frustration. It wasn’t a genuine on-demand solution, and it wasn’t an automated process.

Enter OpenStack. OpenStack is a control layer that sits on top of all the virtualised things that already exist within the data centre. It removes the complexity and simplifies the entire process by taking all hypervisors within a data centre – or across multiple data centres – and turning them into shared services for storage, computing, and networking.

These resource pools can then be managed and used from within a single point-and-click interface, which is the OpenStack Cloud operating system. This control panel makes it easy to spin up virtual machines, commission storage, and configure networks.

There are a set of components that have been identified by the OpenStack community as the core elements and come as part of any OpenStack system. They are:

Although the big winners on the OpenStack team are the large corporations that can benefit from the fast and super-flexible scalability, everyone is gradually seeing the effects of this system as applications all over the world are increasingly launched on OpenStack.

With the incredible progress in virtualisation and cloud computing over the past decade, businesses of all sizes have become able to enter the global market and compete effectively. As the OpenStack landscape continues to expand with even more powerful and diverse use of the cloud, this trend is only going to accelerate faster – with plenty of benefitting businesses along the way.

The author of this blog is Nick Thompson, managing director, DCSL Software