5G – Living life in the fast lane of data delivery 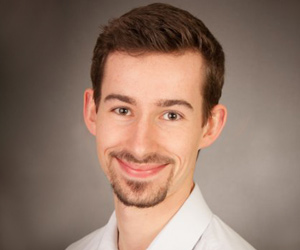 As the 5G industry begins to move from the theory to practice, we take a closer look at some of the markets likely to be impacted.

5G is designed to deliver much greater capacity and bandwidth, which will be a fundamental part of supporting new use cases and changing the way we communicate, consume media and construct the IoT, which will be here any day now, so they keep saying.

The targeted download rate of 20Gbps and upload of 10Gbps means we will have fibre-like performance available on the go, opening the possibility of greater incorporation of multiple technologies and hand-off between cellular, Wi-Fi and other LPWAN solutions. However, 5G isn’t solely about throughput, it’s also about lower latency which opens up a different set of opportunities, says Tristan Veale, market analyst at Futuresource Consulting.

Industry association GSMA predicts over 1.1 billion 5G connections by 2025 following the first consumer roll outs by 2019 or even as early as late 2018, despite international standards possibly not being ratified at this point. Japan and South Korea are two of the most advanced in terms of real world testing, which has been ongoing since 2015 and therefore we will likely see them amongst the first movers.

5G has the potential to enhance or disrupt many industries:

From a content perspective, we will see greater content accessibility for mobile users as well as higher quality file formats such as super high-quality audio & 4K Ultra HD video, with more live sharing and streaming across multiple devices. The way in which we use devices and interact with our content will shift – just as it has previously with 3G and 4G.

VR requires circa double the bandwidth compared to a similar resolution video steam (as well as significant local processing power to display). 5G will certainly ease that, making VR possible on the go and allowing for cloud based processing too, taking some of the burden off the local device.

While many consumers on the go are reluctant to shut themselves off with a VR headset and therefore making VR on the go a moot point for some, MR/AR overcomes this hurdle, offering immersion without the isolation.

The Internet of Things:

Many of the planned IoT uses require low latency and improved reliability rather than higher bandwidth, so being reactive in real-time is key. This will allow for smarter transport networks, cities, factories and workplaces; and for the consumer, greater control and management of the home as well as a higher degree of automation.

For those already with it, how it gets to you is irrelevant if it’s fast and reliable. For those without, 5G could well be the answer.

5G can be a competitor to fixed networks in certain situations where the cost of delivering via 5G is actually lower than that of fixed, particularly for companies upgrading/laying the “last mile” of a connection. Competitive forces in India have led to a limited fixed broadband network in favour of a 3G/4G mobile broadband one.

There are an estimated 21 million households (as of end 2016) with fixed broadband connection, yet over 300 million cellular subscriptions, and many more prepaid. 5G can broaden that appeal, not just in India, but in many developing countries.

Longer term, 5G will be essential to fully-autonomous cars and the future of our road systems. However, Futuresource believes that this will take time to come to fruition as there are many different elements and stages to be developed, tested and implemented.

Already, companies including Google and Tesla are active in this space but wider roll out requires infrastructure and more advanced connectivity for fully-autonomous vehicles, and therefore they remain a longer-term goal that will take 10 years to realise.

Initially, many of these uses for 5G may seem unnecessary to our current technology and way of thinking but connected devices will change with the roll out of 5G, just as they have with terabytes of storage, development of the cloud, LTE and more.

Networks will adapt to demand and capacity which will introduce new business models for consumers, B2B and mission critical offerings. Throw quantum computing into the mix and the speeds of command and control and data processing that could be made possible then it is not just human behaviour but also devices that will dramatically change.

Ahead of 5G, major infrastructure vendors are pushing what can be delivered with 4G (whether termed 4.5G, pre-5G or a similar term) as they look to pave the way for 5G’s introduction.

These advances in network bandwidth, flexibility and capacity will see Mobile Network Operators (MNOs) able to provide faster services to more people and devices, which Futuresource expects will lead to companies gearing up to monetise many of the above use cases, providing an early indication of what is in store when full fat 5G arrives in earnest.

This report provides an insight into the issues which will be investigated in more detail in the upcoming Futuresource Report –Connected Consumers: The Ever Increasing Importance of Internet.

The author of this blog is Tristan Veale, market analyst at Futuresource Consulting

Tristan joined Futuresource Consulting in 2014 after graduating from Cardiff University with a BScEcon: Economics. Tristan is a member of the Media and Entertainment team involved in investigative industry/consumer research and analysis on a diverse remit of topics and is one of Futuresource’s foremost analysts tracking UHD content, delivery and infrastructure