IMSI catchers: Invasion of privacy or an integral tool for security and prison management? 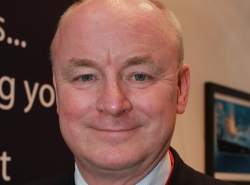 In February 2017 amendments to the Prison and Courts Bill authorised interference with wireless telephony in prisons. The updated bill allows the Justice Secretary to order networks to deploy IMSI catchers and other interference devices to prevent, detect or investigate the use of mobile phones in prisons.

Interference technology such as IMSI catchers has generated a huge amount of debate: are they an invasion of privacy? Do they infringe human rights? Or could they improve the reputation of UK prisons and even aid national security?

To evaluate the debate, we must first understand the reasons for using IMSI catchers in prisons. IMSI catchers are commonly used in the US to detect prisoners making illegal phone calls on smuggled phones – often used for trafficking drugs, says Andy Gent, CEO of Revector.

The IMSI catcher fools nearby mobile phones into connecting to it, meaning prison officials gain access to the International Mobile Subscriber Identity number (IMSI number). The information gathered from the IMSI number can be used to monitor continued use of a mobile device, its location and conversations taking place.

According to the Federal Communications Commission, prison inmates in the US can pay up to $17 for a 15-minute phone call: a call which likely required hours of queueing before accessing the phone. These costs mean inmates often seek smuggled mobile devices for non-criminal reasons. There is an argument that until prison tariffs are reduced, the use of illegal devices will remain.

The Prisons Act 2012 states that fake base stations such as IMSI catchers could only be deployed within prison walls. One of the biggest concerns associated with the new prison bill is the introduction of relaxed rules around the location of IMSI catchers, enabling mobile phone companies to expand their technical capabilities in the area of telephony interception. It is likely that residents in the areas surrounding prisons could have their mobile devices intercepted just as a prison inmate would.

The debate around when listening becomes a privacy issue and when it is in the public interest is not new. For many years concerns have been expressed about criminals using ‘burner phones’ (unregistered Pay As You Go devices) to communicate, avoiding the focus of the Police. IMSI catchers have advantages in the respect that they can identify, very quickly, where phone are physically located.

With today’s unpredictable terror landscape, the ability to intercept mobile phones, monitor conversations and track people could significantly improve national security – but at a cost to individual privacy. The acceptance of IMSI catchers in public areas might be a long way off but perhaps now is the time to explore the opportunities that IMSI catchers provide.