ISPs can now store and sell US user data, but NordVPN sees three ways they can affect online security 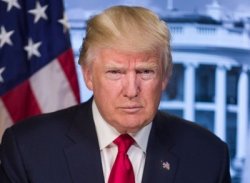 Internet Service Providers (ISPs) are now free to collect and share their subscribers’ private data that includes precise geolocation, financial information, health information, children’s information and web browsing history. While ISPs are claiming they won’t sell customer data, now that they are legally allowed to do it, there’s lots of skepticism surrounding this claim.

According to the rights group Electronic Frontier Foundation, “privacy and security are two sides of the same coin: Privacy is about controlling who has access to information about you, and security is how you maintain that control.”

NordVPN remains a supporter of internet privacy and security. The company has noticed a 200% spike in user inquiries from the U.S. since Congress approved new ISP rights.

“We will continue safeguarding Internet user privacy, and providing assistance and consultations on Internet privacy to all our clients. During the times of increasing attacks on Internet privacy, VPNs are starting to play a major part in user protection,” said Marty P. Kamden, CMO of NordVPN.

A VPN (Virtual Private Network) secures and encrypts internet traffic, helping protect users’ identity and data by hiding their IP address. It scrambles a user’s online data, so an ISP cannot decode and use it for building an advertising profile.