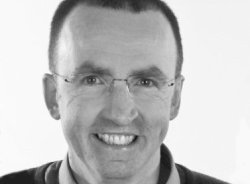 ETSI, an independent, non-profit association with more than 800 member companies and organisations from 67 countries, produces globally-applicable standards for Information and Communications Technologies (ICT), including fixed, mobile, and internet technologies.

The IFA Working Group defines and helps evolve the logical functional entities and information models that make up the Management and Orchestration (MANO) aspects of the Network Functions Virtualisation ecosystem. The goal of NFV is to help service providers launch new services faster, easier and at a lower cost through the virtualisation of core telecommunications network functions.

“As NFV starts to bring about significant change in the industry, I am excited to have the opportunity to lead a working group that is defining new capabilities for Virtual Network Function (VNF) management,” said Fuller. “The IFA Working Group focuses on features and functionalities that address real-world issues.

Fuller added, “I hope to use my many years of experience of commercialisation of standards to ensure that the IFA Working Group follows a pragmatic approach to deliver maximum value to the industry without delay.”

“ETSI differentiates itself from other regional standards bodies because of its global focus and the fulfillment of its commitment to bring open standards to the industry,” said Paul Miller, chief technology officer, Networks for Genband.

“The high level of participation in ETSI from organisations outside Europe is a true testament to the success of their approach of creating leading-edge standards and the appointment of Jeremy to chair the IFA Group really affirms Genband’s commitment to NFV and sets us apart as a leader in helping service providers realise the benefits of virtualising their networks. Jeremy will bring a great deal of passion and leadership to the IFA team.”

In addition to the role of leading the technical NFV architecture work, the chair of the IFA Working Group also participates in the Technical Steering Committee (TSC) and leaders’ discussions, which focus on the coordination of ETSI NFV’s technical activities, industry outreach, and development of proposals for the strategic evolution of ETSI NFV ISG. Genband has been a participant member of ETSI NFV ISG since 2013 and became a full member of ETSI in 2016.

Working closely with other leading industry NFV vendor and service provider ecosystems including Intel® Network Builders, HPE OpenNFV and Wind River Titanium Ecosystem, Genband has quickly established itself as a leader in the Management and Orchestration layer of NFV.

Genband’s VNF Manager provides lifecycle management of both Genband and third party VNFs, and contains features to enable operators to realise the CAPEX and OPEX benefits of NFV.