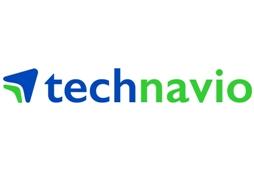 Technavio market research analysts forecasted the global public safety long-term evolution (LTE) device market to grow at a CAGR of more than 21% during the forecast period, according to their latest report.

The market study covers the present scenario and growth prospects of the global public safety LTE device market for 2017-2021. The report also lists eNB, handheld devices, and routers and modules as the three major product segments, of which the handheld devices segment accounted for close to 69% of the market share in 2016.

Technavio ICT analysts highlight the following three market drivers that are contributing to the growth of the global public safety LTE device market:

Many countries intend to cut costs by allowing existing mobile operators to offer LTE network devices and services for public safety users. This approach helps in the development of a common LTE infrastructure for enterprises, consumers, and public safety customers. The increased use of LTE devices in public safety has decreased the ASP of these devices.

The implementation of network infrastructure and spectrum sharing enables mobile network operators to host both public safety services and regular mobile services. The prioritisation of public safety subscribers and services is critical during emergencies.

Evolution and adoption of LTE technology

LTE is broadly recognised as the technology of choice for public safety. It is currently the most efficient data supported mobile technology. The global shift toward LTE technology will drive the market during the forecast period. The TETRA & Critical Communications Association and the National Public Safety Telecommunications Council have signed a MoU for their joint commitment to develop LTE-based technology standards for public safety communications to be used in mission-critical operations.

“The public safety networks that are based on LTE technology is a response to the pressing need for fast and reliable connectivity for both voice and data with the necessary security prerequisites,” said Abhishek Sharma, a lead analyst at Technavio for M2M and connected devices research.

LTE technology has become the mainstream standard for mobile communication. The advances in existing technologies, such as LMR systems, are escalating the demand for LTE services in the public safety domain. These services include the transmission of high-speed data, video, and voice.

LMR device vendors are aiming to make their patented solutions easily adaptable to an open standards environment. This reduces the dependency of end-users on just one infrastructure vendor.

“There are many public safety agencies that focus on improving the security of their systems. This further boosts the demand for advanced technologies such as LTE and VoLTE,” said Abhishek.