Preparing for the Paralympics with ‘data first, voice second’ 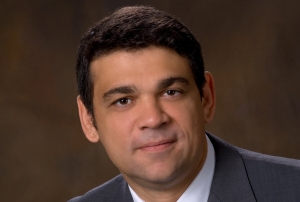 Thousands of international visitors are now visiting Rio and other Brazilian cities for the Paralympics, says Pablo Mlikota, president, Americas at Syniverse.

The games will see over 4,300 athletes from 160 countries compete, and over 1.5 million tickets for the event have already been sold.

As was the case with the Olympic Games, more overseas visitors to Brazil mean a surge in mobile data use and roaming traffic across the country. Critically, these users will expect their mobile devices to “just work” the same as they always do. And for the Brazilian mobile operators that have a chance to be involved in supporting this once-every-four-year event, it’s crucial to get this right.

What we learned at the Summer Games

From my recent experience at the Rio Olympics, I’ve gotten an idea of how challenging this expectation will be. Syniverse worked with several Brazilian operators to help prepare their networks and manage the spike in inbound international visitors using 2G, 3G and LTE roaming during the two-week event. Through these experiences, we uncovered the priority for a “data first, voice second” approach through some valuable data that demonstrate the impact of roaming that Brazilian operators can expect during the Paralympics.

What’s more, we saw LTE data roaming increase from over 200% (middle of the Games) to over 240% (end of the Games) compared with the previous month. Data was the most-used channel, indicating a growing trend among consumers of using their mobile device to communicate through data-backed social networks, OTT apps and Wi-Fi options.

Moreover, these numbers point to some of the pressures that mobile networks come under when hosting a major event that attracts thousands of visiting roamers. Specifically, based on what we found, we identified two areas in particular that will be critical factors in the success of mobile at the Paralympics. As operators serve a massive number of Paralympics visitors, their preparation for LTE roaming and their execution of real-time monitoring will be critical factors in their performance.

The importance of LTE roaming testing

One factor on which the success of Brazilian operators’ service will hinge is the quality and thoroughness of their LTE roaming testing. Although LTE only represents a relatively small part of mobile networks, it represents a sizable foothold in many countries where fans are traveling from.

To this end, a first requirement for operators’ success is to have roaming agreements in place and have conducted multiple roaming trials with hundreds of other operators worldwide from the 150-plus countries whose teams are competing.

What’s more, each operator’s network must be able to properly deliver and support multiple data sessions to deliver an uninterrupted mobile experience for users.

A focus on real-time monitoring

A second critical factor is operators’ ability to monitor users’ roaming experiences and resolve problems in real time. Having worked with Brazil’s operators since 2014 to prepare for the Olympics and Paralympics, we identified several elements with monitoring roaming.

One is the importance of using the latest real-time intelligence technologies to identify network abnormalities, such as data registration failures and traffic patterns, and highlight these before they affect users. With tools like roaming activity heat maps that show trouble spots, operators can quickly detect problems and drill down to individual accounts before users become inclined to explore other connectivity options.

Additionally, we found that another crucial component of real-time monitoring is having a local rapid-response capability, including an on-site 24/7 command center and team to proactively address problems.

Global events like the Paralympics show operators that the move from “voice first, data second” 3G traffic to today’s “data first, voice second” LTE traffic is a complex transition. It requires detailed preparation before the event as well as close monitoring and fine-tuning during the event. How Brazil’s operators manage this LTE roaming and real-time monitoring will be critical for mobile’s success at the Paralympics, as well as for informing other operators how to manage events of a similar magnitude.

The author of this blog is Pablo Mlikota, president, Americas, Syniverse