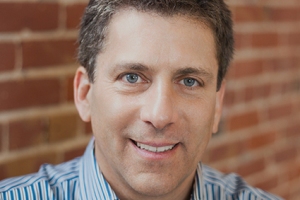 Juvo, a provider in mobile Identity Scoring, is launching in a market footprint of 23 countries across four continents with a reach of over 100 million subscribers.

Juvo partners with mobile operators to provide a financial identity and mobile financial services to the 5.7 billion prepaid mobile users around the world, who are often underbanked and underserved. Juvo’s proprietary algorithms and data science technology analyse both subscriber and usage data, continuously and in real time, to generate Identity Scoring. Juvo’s Identity Scoring unlocks essential access to credit and basic financial services to advance individuals up a pathway toward financial inclusion.

“Juvo starts by reimagining the prepaid experience and encouraging identity-based relationships between subscribers and their mobile operators,” said Steve Polsky, CEO and founder of Juvo. “The convergence of cloud computing, sophisticated data science, and the massive adoption of smartphones helped us lay the right foundation for Juvo’s value proposition. Juvo helps turn a previously ‘invisible’ customer into a ‘visible’ one – opening doors for the customer, the mobile operator and financial service providers alike, and bringing us closer to our vision of financial inclusion for all.”

Juvo’s proprietary Identity Stack combines consumer internet know-how, sophisticated data science, and game mechanics to identify previously unknown mobile users and encourage them to interact with their mobile operator. Now, for the first time, prepaid users are targeted and engaged in real-time, based on their own unique preferences. In addition, Juvo’s Identity Stack includes intelligence and reporting tools that offer mobile operators actionable analytics and insights to drive user engagement and growth. The cloud-based platform leverages existing APIs for rapid time-to-market, providing access to essential financial services for millions of subscribers around the world each and every day.

Simultaneous to Juvo’s global launch, the Company also announced a $14 million funding round with business luminaries from the world of tech, mobile and finance. The former CEOs of AT&T Wireless, NYSE, Sprint, Telefonica International and Vodafone Group invested in Juvo, as well as leading VCs including Wing Venture Capital, Freestyle and Seed-Resolute.

“Only Juvo can deliver financial services to millions of underserved consumers around the world, instantly,” said Duncan Niederauer, former CEO, NYSE. “Juvo’s leadership team has deep expertise and an enviable track record in mobile telecoms and financial services, and the company is well positioned to not only accelerate the digital transformation of mobile operators, but also to address the wider socio-economic issues around financial inclusion for all.”