Vodafone is the fastest UK MNO to respond to customers via social, says Brandwatch 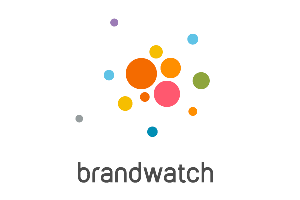 Brandwatch, a social intelligence company that helps its customers to prove the ROI of all their activity on social media, has found that Vodafone holds the crown for the lowest average response time for its customers on Twitter. The average stands at one hour and 55 minutes.

Brandwatch made the discovery during a recent study of six of the UK’s top mobile operators. As part of the report, the social intelligence company looked at the volume of mentions coming into the social channels of six top providers on different service issues, as well as response time to customer service queries. Networks covered within the report include EE, Tesco Mobile, Three UK, Vodafone, O2 and Virgin Mobile.

In contrast to Vodafone, O2 had the longest response time, at five days, 12 hours and 43 minutes. The shortest response time was seen by Virgin Mobile at two days and two hours. In order to carry out the Brandwatch study, different categories of conversation were analysed: concerns about signal, charges and billing, data/4G and customer service. Signal was found to be the most common customer concern, with EE receiving the lowest percentage of queries into their channel (38%) around signal. Arthur Wade, insights analyst at Brandwatch commented on what the telecommunications industry should take away from the findings, “Because of the immediacy of social media and the expectation of a quick response, it is important that even if a brand isn’t able to directly resolve a query via Twitter, they must respond to let the customer know they’ve been heard and then take this offline. With pricing becoming increasingly competitive between suppliers, customer service is an increasingly important factor in customers deciding to switch networks or choosing a new provider. If operators offer social media as a means of customer contact, they must be prepared to put the required resource behind it to manage their channels.”