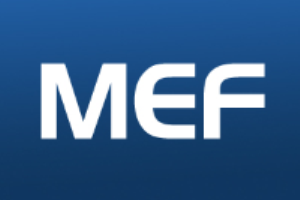 The MEF has provided an update on its expanded scope of work that aims to accelerate the industry transition to agile, assured, and orchestrated services optimised for the digital economy and the hyper-connected world.

The MEF now has more than 30 ongoing projects and initiatives to enable creation of Third Network services that offer user-directed control over service capabilities and cloud connectivity.

The MEF’s strategic work is focused on the following three major areas:

The MEF is defining LSO capabilities and supporting APIs to streamline and automate the entire service lifecycle in a sustainable fashion for coordinated management and control across all network domains responsible for delivering an end-to-end connectivity service (CE 2.0, IP VPN, MPLS, SDN/NFV, etc.). This increasingly important area of work enables service providers to transition away from today’s silo-structured BSS/OSS approach towards flexible end-to-end service orchestration that leverages the benefits of SDN and NFV.

With the LSO Reference Architecture in place, the MEF is now focused on describing the functional components of the service orchestrator and on defining the APIs that enable LSO interoperability.

As part of the UNITE program, the MEF is playing a major role in aligning the ecosystem of industry standards and open source players to accelerate the industry transition to more agile, assured, and orchestrated network services.

OpenCS is a network ecosystem that enables a SDN and NFV reference implementation of open source software and open spec hardware for MEF-defined services, starting with CE2.0 and evolving to Layer 3 IP and above.

OpenLSO is an orchestration ecosystem that enables a reference implementation of open source solutions and interfaces that adheres to the MEF LSO specification. OpenLSO will focus on real working open source code for core LSO functions and open standard APIs for traditional and emerging SDN & NFV network infrastructures, such as OpenCS.