The top three of MWC… Internet of Things, Virtual Reality and 5G 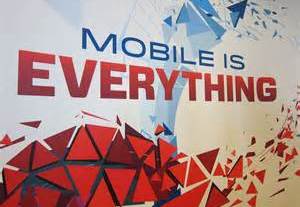 In the run up to Mobile World Congress the predictions were coming in thick and fast. So who was right? We take a look at the top three trending topics that stood out at the biggest MWC event yet.

Firstly, we have to acknowledge the great turnout at Mobile World Congress this year – a record 101,000 visitors! With so many delegates, speakers and exhibitors, it’s hard to pick just three trends. Samsung stole the stage when it came to new handset launches with the Galaxy S7 edge, Huawei introduced the Mate Book, and the CAT S20 smartphone impressed visitors with its thermal imaging. But when it comes to game changers, there were three things that really stood out, says Mark Slinger of SysMech.

No one could ignore virtual reality (VR) at this year’s event. Samsung unveiled the Galaxy S7 to a packed auditorium of 5000 people, all of whom were wearing virtual reality headsets. And Samsung weren’t the only ones to heavily feature VR; LG released the new LG 360 headset and Alcatel Lucent introduced the Idol 4S, a phone that’s packaging actually doubles up as a VR headset. With pre-orders for the Oculus Rift already stacking up, it’s clear to see that virtual reality is going to be massive in 2016.

Although there are still 2 years to go till the 5G standard is released, 5G was a core technical focus of MWC 2016. Nokia, Ericsson and Huawei all took to the stage to discuss 5G and its potential impact on the telecommunications industry.

Over the past months Ericsson and Telefonica have progressed 5G research at their Spanish 5TONIC research lab, showcasing some of their work at the event such as their 5G Radio Test Bed. SK Telekom demonstrated the most significant progress in 5G technology, with a fully functional 5G network on show.

Although commercial launch isn’t expected until 2020, 5G has now gone from a somewhat vague concept, to a demonstrable technology. Of course, there are still many years of intense development, defining industry standards and integrating 5G into the existing 3G and 4G networks, but MWC 2016 proved that 5G is firmly on track.

3. The Internet of Things poses a growing network challenge

At MWC 2015 we saw many wearable IoT devices, with a heavy focus on fitness. This year however, aside from the Garmin open heart rate sports watch, there were very few new fitness products on show. What seemed to be more popular were IoT devices designed to act like a personal assistant. From Sony we saw the launch of the Xperia Agent, a device which can keep you up to date on your appointments, control your heating and even recognise visitors in the home.

But what was perhaps more prominent was not the devices themselves, but the networks to support them. Across the exhibition floor there were multiple discussions on how networks can actually handle the influx of data from IoT, with one clear strategy yet to be defined. In the US, dedicated IoT networks look to be leading the way, with Ingenu expecting 30 cities to be connected to their ‘Machine Network’ by the end of 2016. There is also hope that 5G will go some way to supporting the tremendous number of connections, but that is still a long way off.

It is clear that mobile network operators are still considering multiple strategies to cater to the growing requirements of the IoT, and this is likely to be a focus into, and beyond 2016. The recent result of the telecoms.com annual survey go a long way to support this, reporting that a whopping 86% of operators admit that they are not yet ready for the IoT.

As always, Mobile World Congress proved to be an exciting event, demonstrating that mobile telecommunications is one of the most rapidly advancing industries. What we must remember is that behind the glitz and glamour of new mobile devices lies a complex network which needs just as much focus and commitment to successfully deliver the next wave of mobile tech.

The author of this blog is Mark Slinger, head of Product at SysMech.