Roaming regulation gets to the stuck stage 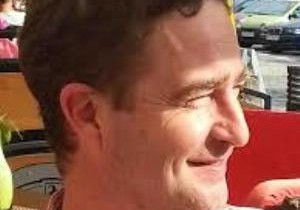 Our joy at recent news that roaming surcharges are actually going to be abolished is now tempered with a touch of scepticism. For two years we have said to anyone who would listen that data usage has reached a tipping point. We have said that the number of customers who would keep their data switched on would outweigh the revenues operators get from roaming charges.

Now, though, we sense the beginnings of another fight between operators and regulators. The battleground this time is the ‘public consultation’ period. This is the dangerous time between the press release that says the strong, proud EU will do something and the actual legislation that only vaguely resembles the aims as set out in said press release. It is as a watery cabbage soup is to a proper minestrone, says Alex Leslie, publisher of Disruptive Views.

The public consultation will look at three areas.

First, the regulator wants some mechanism to prevent users abusing the roaming rules. For instance, by living in a country (or working during the week) and using a ‘foreign’ SIM card.

Second, the regulator wants to make sure that the wholesale market will not be adversely affected. Apparently in some instances wholesale price caps are higher than roaming rates. This seems more of a business issue than a regulatory one, but never mind.

The third issue that the regulator is worried about is ‘sustainability.’ ‘Sustainability’ means that some operators might be able to opt out if they cannot meet the cost of applying the new roaming rules. The regulator has devised various methods of working out the costs of providing service. This is helpful, as the industry knows that working out the actual cost of a phone call or data session is almost impossible. And, as we also know, ‘accountancy is not a science, nor an art, more a fluid medium.’

This means that operators who wanted to ‘prove’ their poverty and apply for an exemption can do exactly that.

We sense that emails are already being sent to the finance department asking for a breakdown, so that others can paint the picture that says what they want it to say.

There should be no option to opt out. If operators cannot meet the cost of abolishing roaming charges, then they are, frankly, in the wrong business.

Now that some partnerships between operators and Digital Service Providers are taking shape, any barriers to these partnerships working makes no sense. Companies like Expedia and TripAdvisor see their services mutilated when customers switch their data off, and can only access them within a Wi-Fi area.

Do we believe that roaming surcharges will be a thing of the past in two years’ time? Frankly, we doubt it. And what operators also need to watch out for is if, while they are building brick walls to stop the regulator regulating, the Wi-Fi providers – and others – will be encouraged to speed up the roll out of alternative solutions.

The author of this blog is Alex Leslie, publisher of Disruptive Views