Traditional signaling service takes the connected world back to the future 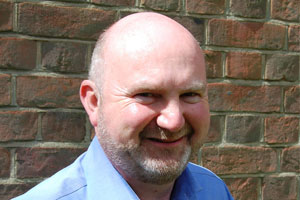 If you were to talk to your average mobile phone user, 4G LTE access and Over-The-Top (OTT) applications would be at the top of their list in terms of what they demand from their network operator and handset.We’ve heard for many years now that SMS is in terminal decline, voice calls are dying a slow death and that an all-IP network has taken over and will continue to dominate. But is this really the case?

While there’s certainly been an overwhelming appetite for LTE and the promise it brings of being part of the ‘connected world’, fundamentally, all handsets continue to offer call and text capabilities, and because of this, SS7 remains an important signaling service. The death of SS7, which was built in the 1980s as a mass market signaling protocol, was predicted in the early 2000s; its headstone inscribed by industry and media commentators. Even industry analysts Forrester predicted that by 2010, 45 per cent of the voice market would be handled by VoIP technologies[i]. But since the start of the year, due to a number of contributing factors, we’ve seen a revival, and in some areas, large growth.

One major reason for this is that the reliability of SS7 has proven to be a major strength compared to that of the all-IP network, which has faced criticism. Quality-of-Service (QoS) should be vital for any operator, and as such, reliability is paramount in achieving a high service level. Due to substandard IP transmission between the Signaling Transfer Points (STPs) and Mobile Switching Centres (MSCs), we’ve heard of critical cases where some areas have been out of communication.

Operators have had to fix the problems posed, and as such, have fallen back on the trusted SS7, to ensure that a high level of service remains. Network Service Providers are continuing to make the migration to LTE but the complete all-IP network will still be a while in the making. Legacy connectivity for voice and SMS remains an absolute requirement for connecting media gateways, STPs, switches, databases and other telecom applications between legacy circuit switched architecture and IP networks. Operators are now adding direct SS7 signaling connections via Time Division Multiplexing (TDM) technology as an alternative carrier to the poor IP transmission. The number of possible SS7 protocol stack combinations is growing depending on whether it is used for specific mobile or intelligent network services and whether the transport is over IP, ATM or time-division multiplexing (TDM) networks.  In fact SS7 is becoming so important that instead of being called ‘legacy’ it is now referred to as ‘traditional’.

The second major reason why SS7 lives on and continues to grow is the use of SMS in marketing and business. It’s clear that SMS is not as popular among end users as a form of communication like it was 15 years ago. According to estimations from Deloitte, the number of texts sent using SMS dropped from 152 billion in 2012 to 145 billion in 2013, while the number of messages sent using OTT applications was thought to have risen from 57 billion in 2012 to 160 billion in 2013[ii]. Despite this drop in end user usage, businesses are now turning back to the future with SMS payments. It’s often the simplest technologies that provide the easiest solutions, and it’s become clear that SMS payments are underpinning the rise in mobile wallet applications. This trend is even more prevalent in developing markets where end-users have greater access to mobile phones than bank accounts, meaning that it’s easier to transfer cash and send payments via this method. Statistics show that mobile payment transactions are set to rise globally from $235.4 billion in 2013 to $563.4 billion in 2016[iii]. As a result, there has been a rise in SS7 enquiries for SMSCs.

Another reason as to why SMS remains popular with businesses is its marketing value. SMS open rates are proven to be much higher than OTT messages or marketing emails. Recent reports show that SMS text messages have an open rate of 98 per cent, while in contrast, email marketing reports a 22 per cent open rate[iv]. Because of this, SMS remains an important, and potentially lucrative, method of communication for businesses. It’s also a highly convenient method of communication. For example, there’s been a huge increase in applications which use SMS to alert end users of a delivery.

Due to this upturn, legacy nodes and applications are not all dying or being replaced; they are being upgraded with higher-density solutions. The not-so-hidden benefit is that Network Service Providers can realise additional ROI from legacy equipment while delivering high performance solutions to their users. Providers need to ensure that they have the hardware in place to reap the rewards on offer.

In addition to traditional SS7 TDM cards and protocol stacks, it’s essential for networks to address the need for highly reliable SIGTRAN communications and SS7-SIGTRAN interworking. It’s important to know that the need for high-performance, highly-reliable signaling isn’t eradicated when you go to LTE. Diameter, which is the SS7 equivalent for LTE, needs a highly dependable transport mechanism to ensure that it maintains the five-nines reliability that mobile networks demand. Adax provides ‘triple-play’ signaling solutions that can fulfil this demand. The solution simultaneously integrates SS7 cards and protocol stacks; SIGTRAN stacks and software modules, including SCTP for Diameter; and signaling gateways for SS7-IP interworking. These solutions meet the demands from a plain old telephone service (POTS) through 2G and 3G to 4G LTE and beyond.

Operators need to ensure they are ready to meet the challenges of today’s and yesterday’s networks. The move to the all-IP network in the rise of LTE has not been as smooth as predicted so it’s become paramount for networks to make sure they have a signaling service in place that they can rely on. SS7 has been written off on numerous occasions over the past 15 years, but with the rise in SMS payments and the unpredictability of IP networks, it’s still a highly important signaling protocol. It is inevitable that in the future, most telecommunication infrastructures will be based on IP systems but that is clearly still a way off. Until then, operators need to manage the transition as smoothly as possible and this is why SS7 lives on and continues to be a benchmark for signaling protocols.