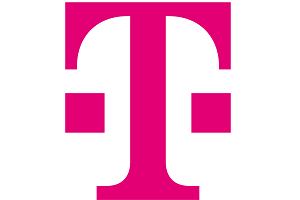 14 August, 2022 – A successful pair in German soccer are going to extra-time again: Deutsche Telekom and FC Bayern Munich have prematurely extended their successful 20-year collaboration to 2027. The partners want to continue exciting fans with new services and offerings. Deutsche Telekom will also receive exclusive content on the popular German soccer team and will present it to their customers on the FC Bayern.tv channel on the MagentaTV platform.

Furthermore, Deutsche Telekom is planning further digital developments based on the new 5G mobile communications standard. Other key objectives of the partnership include providing effective brand and product communication support and successfully implementing sales support activities. Both parties have agreed to not disclose financial details of the partnership.

“In the past 20 years, FC Bayern and Deutsche Telekom have written an astonishing success story. We are very proud of these joint successes and the many milestones achieved,” explains Michael Hagspihl, senior vice president, global strategic projects and marketing partnerships at Deutsche Telekom. “The immense media coverage, innovative power and the associated effects means that our partnership is worth several times more than what we both put into it.”

FC Bayern also feels vindicated by the partnership it entered into 20 years ago. As Oliver Kahn, CEO of FC Bayern, explains: “We are delighted that Deutsche Telekom has been a partner of FC Bayern for 20 years. The company stands for innovation in a multi-media world, for creativity, for a forward-thinking attitude. Together we have already written a unique success story. Our objective is to continue setting benchmarks inside and outside of the sporting world and we’ve managed to do so once again by signing this contract extension.

Since becoming partners, Deutsche Telekom has intensively supported Germany’s most successful soccer team and its fans with its technological expertise. One thing is particularly important to Klaus Werner, chief financial officer at Telekom Deutschland: “We want to keep delighting the fans. As part of our partnership with FC Bayern, we want to keep driving digitalisation in soccer forward and create a real added value for the fans. We are connected by a strong partnership. And we will continue to accompany FC Bayern on the digitalisation journey.”

The simultaneous rise of both brands in becoming successful global players was accompanied by numerous joint projects and innovations, such as exciting fan campaigns and the creation of “StadiumVision” – a multi-media experience in the stadium. Further innovations include “FC Bayern.tv live” – the 24 hour TV channel offered by a German football club. And Deutsche Telekom again set a new benchmark with blanket coverage of 5G for the Allianz Arena.

The brand fit between Deutsche Telekom and FC Bayern in particular helped build a fantastic reputation at national and international level for both partners. The primary sponsorship also helps with customer loyalty and creates the prerequisites to pursue and implement sales targets and societal aspects.

Soccer plays a key role in Deutsche Telekom’s sponsoring portfolio. Deutsche Telekom’s sponsoring focus is on the partnerships with Germany’s most successful soccer club, FC Bayern, and the German football association (DFB). The Group is also a technological partner of Hamburger SV, Borussia Mönchengladbach, and 1. FC Köln. Deutsche Telekom’s commitments are also supplemented with extensive content offerings packaged on MagentaTV and MagentaSport. For instance, Telekom broadcasts all matches from Germany’s 3rd soccer division and the FLYERALARM Women’s Bundesliga. Magenta Sport uses digital technologies that bring fans closer to the action and offer them a new experience.