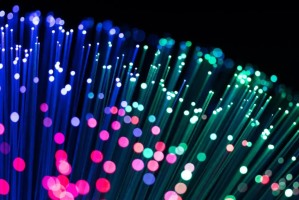 Denver, Colorado & Madrid, Spain & Paris, France. 29 July 2022 – Liberty Global plc and Telefonica Infra, S.L.U, a wholly owned subsidiary of Telefonica, S.A., together with InfraVia Capital Partners, an independent financial investment firm specialising in infrastructure and technology investments, have reached an agreement to set up a new Joint Venture (JV) that will roll out fibre-to-the-home (FTTH) to greenfield premises across the country.

The partnership will initially roll out fibre to 5 million homes not currently served by Virgin Media O2’s network by 2026, with the opportunity to expand to an additional c.2 million homes. This investment of approximately £4.5 billion will provide a major boost to the nation’s digital economy and make a significant contribution to the Government’s gigabit broadband ambitions.

Liberty Global and Telefónica will jointly hold a 50% stake in the JV through a holding company, with InfraVia owning the remaining 50%. Telefonica Group’s participation will be held through Telefonica Infra (its infrastructure unit).

The fibre network will be offering FTTH wholesale access to telecommunications service providers, with Virgin Media O2 (“VMO2”) acting as the anchor client, entering into an agreement with the JV upon closing of the transaction. Coupled with its own fibre investments to upgrade its existing 16 million premises network, this will expand Virgin Media O2’s gigabit footprint to around 80% of the UK upon completion. In addition, the JV will seek to attract additional third-party wholesale clients. The company will target homes across the UK, both adjacent to the existing Virgin Media O2 footprint and new areas.

The business plan for the initial rollout of 5 million homes envisages an investment of approximately £4.5 billion, which includes investments related to the roll-out, envisaged connection capex and other related set-up costs. The three partners will fund their pro rata share of equity funding for the build, up to £1.4 billion in aggregate, phased over 4-5 years. In addition, the JV has obtained £3.3billion of fully underwritten debt financing from a consortium of financing banks, including a £3.1bn capex facility. As part of the transaction, InfraVia will make certain payments to Liberty Global and Telefónica, a portion of which will be linked to the progression of the network build-out.

Mike Fries, CEO and vice chairman, Liberty Global, comments, “This landmark agreement with Liberty Global, Telefonica and InfraVia will expand our FTTH footprint to millions of new UK homes, creating the undisputed second national fibre network in the UK. VMO2 has already committed to upgrading its entire existing 16 million footprint to FTTH. This JV will take our aggregate FTTH footprint to up to 23 million homes, reaching around 80% of the UK. VMO2 will bring significant build expertise, and will benefit from a meaningful off-net growth opportunity and as the anchor client will support attractive returns for the JV – a winning combination. Finally, we are very excited to be working with InfraVia who we already partner with in Germany, and welcome the expertise they bring to the JV.”

Jose Maria Alvarez-Pallete, chairman and CEO of Telefonica comments, “Telefónica has a recent track record of successfully developing broadband connectivity in many markets through strategic partnerships. These deals help each country firmly increase their competitiveness and digital infrastructure to help their companies and economy thrive. The UK is, indeed, a growth market for us and we are very excited to be partnering with InfraVia to accelerate access to next generation broadband connectivity to a larger number of UK households and adding to Telefónica Infra’s growing portfolio. Further to our announcement from earlier this week, Telefónica Infra is now able to add the UK to its list of countries with these mentioned FTTP vehicles, with InfraVia joining the top tier institutions partnered with Telefónica’s operating units in relevant markets such as UK, Spain, Germany or Brazil.”

Vincent Levita, CEO and founder of InfraVia comments, “We are excited to be partnering with VMO2, Liberty Global and Telefónica to build and operate up to 7 million premises FTTH in the UK. The combination of our respective expertise in fibre network deployment, financing and operations in the UK, together with VMO2’s industrial scale and network construction know-how will be key to creating the undisputed second national fibre network in the UK providing access to broadband connectivity to millions of UK households. InfraVia has been an investor in digital infrastructure for the past decade. Attracted by the long-term trends of ever-increasing data usage and increased need for home connectivity, this would represent our 5th investment in fibre network deployment in Europe through strategic partnerships. We look forward to working with VMO2, Liberty Global and Telefonica in this partnership in the years ahead.”

The transaction is subject to customary closing conditions, including regulatory approval and is expected to close in Q4 2022. Liberty Global and Telefónica were advised by Barclays and LionTree, as well as Allen & Overy. InfraVia Capital Partners was advised by Lazard as well as Linklaters and De Pardieu Brocas Maffei.