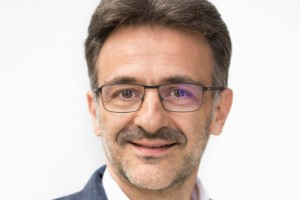 Launched in 2017, VIoT introduced IoT smart-city applications in Vietnam in 2018 with a LoRaWAN streetlighting project and has expanded its offer to vertical-market applications such as smart metering by utilities, end-to-end air-water-quality monitoring, and early flood-incident management systems. The company’s lighting-as-a-service (LaaS) and connectivity-as-a-service (CaaS) business-leasing models will be deployed through its partnership with Kerlink to enable Helium’s HNT blockchain and cryptocurrency mining in peer-to-peer wireless IoT networks. VIoT will thus distribute Kerlink Helium-enabled hotspots and deploy its own IoT network at the same time.

“These deployments will make it possible for Vietnamese factories, businesses, cities and consumers to benefit from of cost effective, easy-to-deploy vertical wireless solutions, and to use Helium‘s global, decentralised network of hotspots to disrupt traditional telcos’ subscription-based operating models. Think AirBnB or Grab for telcos: if I have an empty room, power and internet why would I not use it as a network tower?” says Viet Nguyen, founder and CEO of VIoT Group. “VIoT Group collaborates with partners and household owners in strategic locations to roll out Helium’s The People Network. Our goal is to be the first to leverage this opportunity in Vietnam for corporations and local governments that aim to benefit from the most cost-effective and highly secured blockchain-powered IoT backbone network.”

The company said the initial deployment phase of its LoRaWAN IoT network, including approximately 350 Kerlink gateways, will be completed by the end of May and will cover six Vietnamese cities and municipalities this year. The second phase, will install approximately 1,400 additional Kerlink gateways, is expected to be completed by the end of 2022 and cover 10 more cities in 2023.

More broadly, the company will market its nationwide managed IoT network for turnkey solutions mixing sensors, connectivity, integration, and applications, such as smart lighting and smart metering, in a single open IoT platform.

Called “The People’s Network”, Helium technology uses the company’s LongFi architecture that combines the LoRaWAN wireless protocol (200 times the coverage of the Wi-Fi protocol) with the Helium blockchain, enabling any LoRaWAN device to transfer data on the Helium network. This connection provides public, long-range and low-power wireless coverage for LoRaWAN-enabled IoT sensors and devices because LongFi’s roaming capabilities support micropayment transactions so customers pay only based on network usage.

“Individuals worldwide have used Helium’s network to create more than 642,000 hotspots,” says Rene Arbefeuille, Kerlink’s vice president for Asia Pacific. “The connected hotspots provide cities with miles of low-power network coverage for billions of devices and are paid in Helium’s cryptocurrency, HNT. Kerlink’s industrial-grade indoor Wirnet iFemtoCell and Wirnet iFemtoCell-evolution, as well as carrier-grade outdoor Wirnet iStation IoT gateways, have been enabling the use of HNT cryptocurrency mining on the LoRaWAN protocol for the past year.”